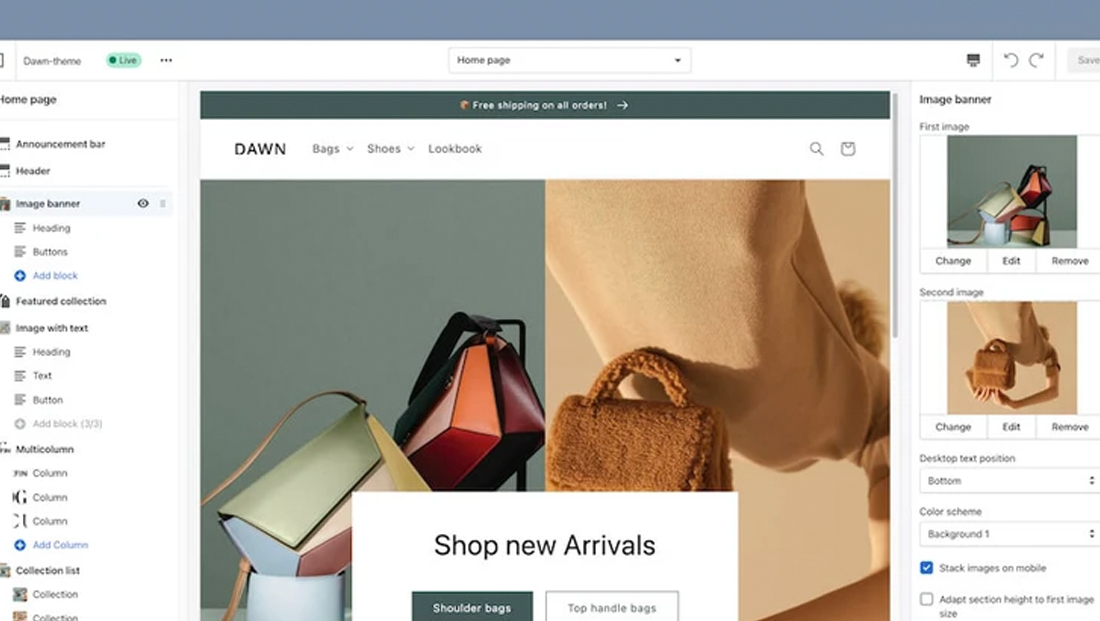 Shopify unveiled significant new functionality for store owners to control the look and feel of their online stores.

Dubbed “Online Store 2.0,” the new offering, which launches in August 2021, will add the ability to use sections and blocks on any page in almost any location.

The launch of this “sections everywhere” feature culminates a years-long process that Shopify first announced pre-pandemic.

Blocks are also being enhanced with theme app extensions, giving app developers to an easy way to add app-specific functionality or content. For example, a product review app could offer the ability for the store owner to define the location and color of star ratings on the product page as well as the review form elsewhere.

Shopify is also adding the ability to insert raw Liquid code from the theme editor, similar to how HTML code can be added in themes now.

Theme app extension and custom Liquid code blocks are aimed at making it easier for merchants to install and manage apps — as well as cleanly remove unwanted apps.

The theme editor is also getting a redesign, with a “tree” view for faster access to various bits of content. Drag and drop functionality will remain.

Another big update is the ability to add, use and manage metafields from within the Shopify admin, rather than requirement an app or coding to create and manage data. Metafields are also being updated so that they can store image files and PDFs stored in the built in file management system.

Shopify is also launching a new, free theme called Dawn that is designed to showcase the new functionality as well as the possibilities of an ultra lightweight theme designed to load quickly.