Did Betsy DeVos really say 14,740 children would likely die from going back to school? 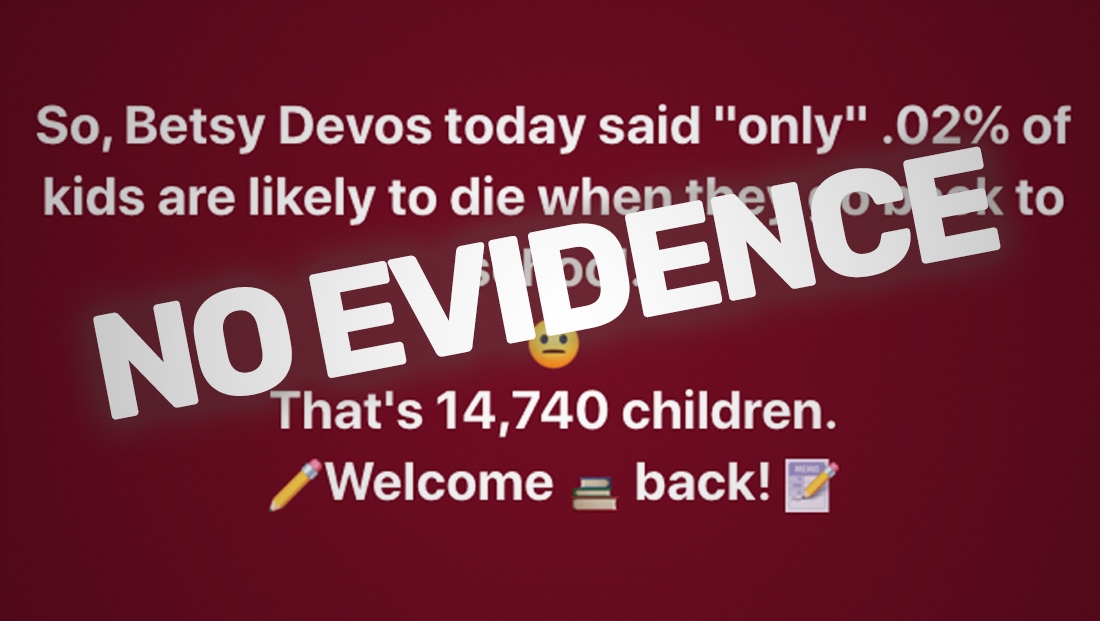 There’s a meme going around that claims U.S. Secretary of Education Betsy DeVos gave a percentage of the number of students who could potentially die from returning to school in the middle of the coronavirus pandemic — but there’s no evidence she ever cited such figures.

Other similar memes are circulating as well.

There is no evidence that DeVos ever made such a claim in public or private — though she has drawn controversy for statements about her views on having students should return to face to face learning in the fall.

She and the Trump administration have also threatened schools’ funding if they do not reopen.

“… there’s nothing in the data that suggests that kids being in school is in any way dangerous,” DeVos said on Fox’s conservative commentary channel Sunday, July 12, 2020.

The “14,740” children figure in the meme is also problematic.

The education department estimated there were 56.6 million elementary, middle and high school students in the U.S. as of 2019 — 5.8 million of which are in private schools.

The 0.2% figure would only be accurate if there were only about 7.3 million U.S. students.

The largest school district in the country, New York City’s, has just under 1 million students.