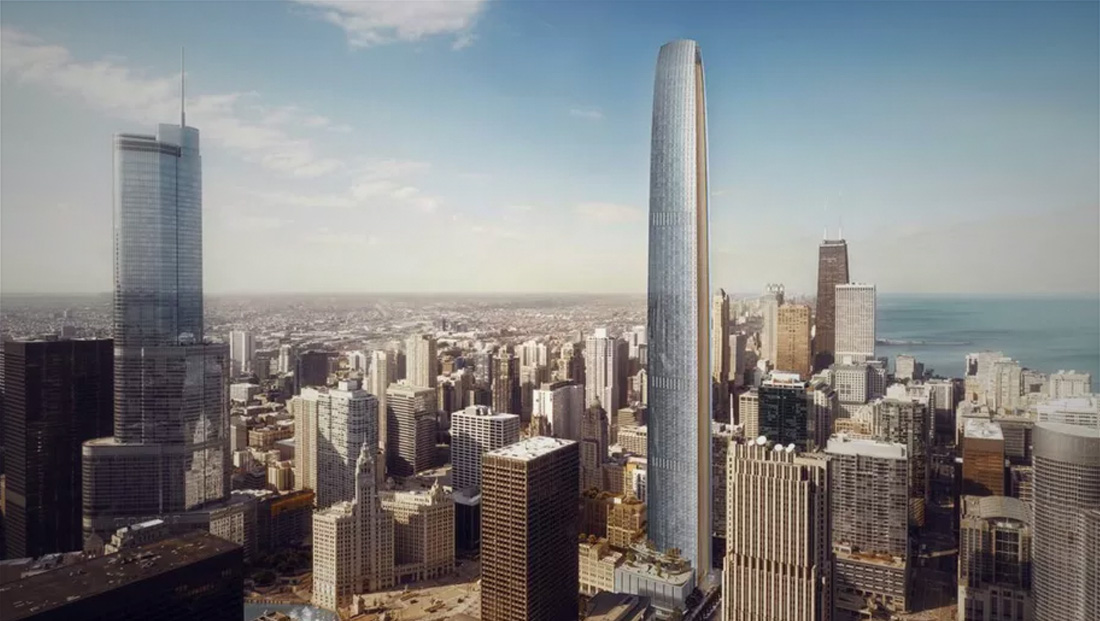 On Tuesday night, developers unveiled updated plans for a mixed-use supertall tower slated for the parking lot just east of Chicago’s landmark Tribune Tower. Although more than a year and a half passed since the ambitious proposal made its initial public debut, the changes to the skyscraper were surprisingly minimal.