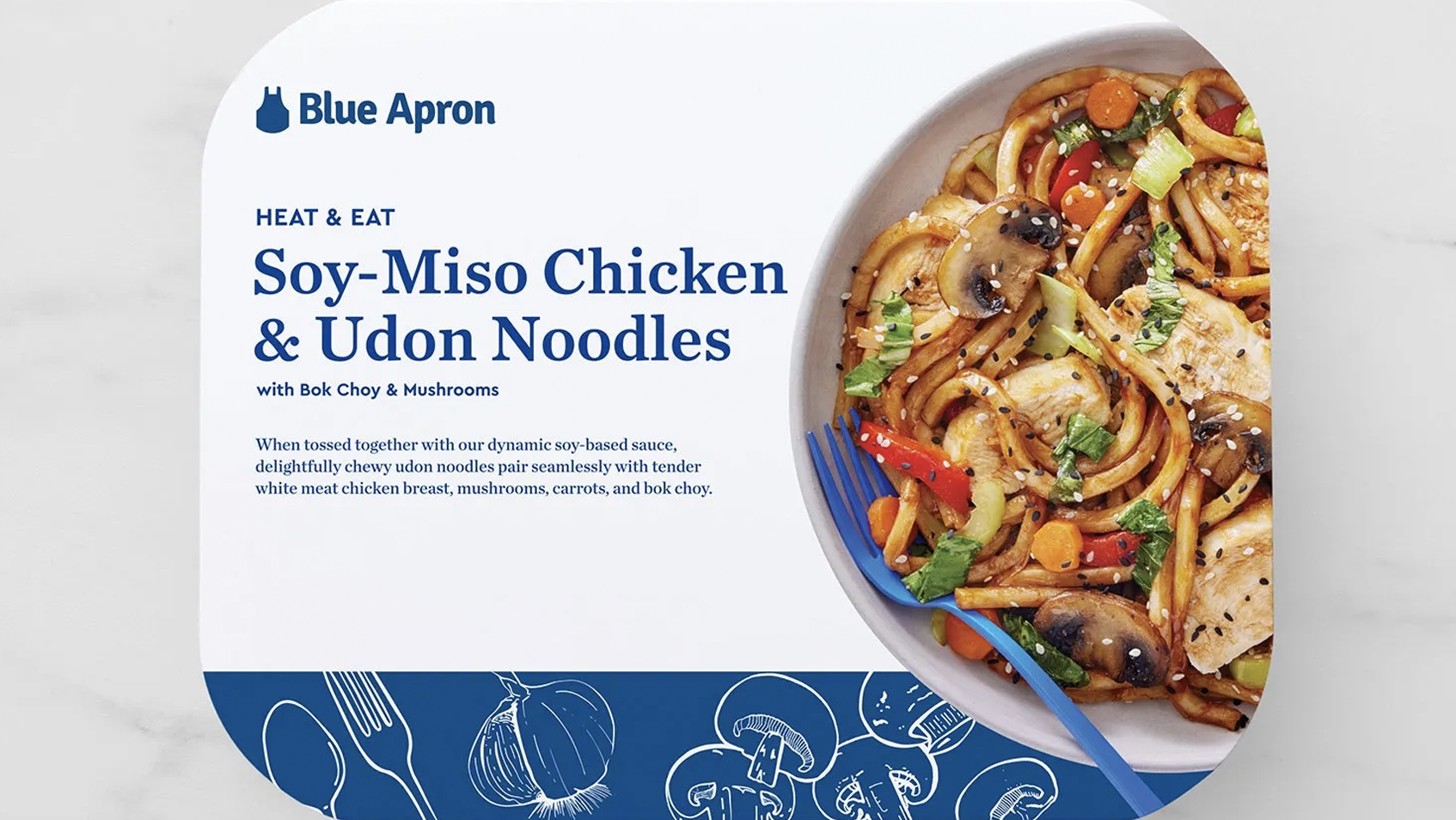 Meal kit company Blue Apron continues to diversify its “add on” options for customers in an attempt to reduce churn with added convenience.

As of this writing, these meals are limited to three options: Soy-Miso Chicken & Udon Noodles, Calabrian Chile Meatballs and Cheesy Guajillo Chicken & Rice, so it’s not yet the best option to serve every night. The company plans to expand its frozen offerings in the future.

Blue Apron isn’t selling the frozen meals outside of regular subscribers to its meal kit service — and Heat and Eat meals take the place of other options, so they are essentially the same price, $8.99 per serving.

Frozen meals are eligible for the company’s special introductory offers for new subscribers, which can be valued at up to $110.

That could be a signal that the company isn’t going the route of becoming a full fledged meal delivery service such as Freshly — and still wants to offer home cooks the option to chop, prep and cook their own food but that it understands busy schedules can sometimes get in the way of that and a “ready in five minutes” option is appealing.

The move is similar to when the company launched “Add Ons” earlier in 2021, which include side dishes, appetizer and dessert items. Again, these items can only be added to boxes with additional meals, not purchased alone.

Industry watchers note that most meal kit companies, including Blue Apron, have incredibly high churn rates — meaning customers sign up and stick around for a bit but then end up canceling (or “churning”).

Since most meal kits companies advertise heavily and offer steep discounts to get customers on board, it’s proven tricky for many of them to make money.

Blue Apron, which is a public company, has had it particularly tough. Earlier in 2021, it implemented a shipping fee rather than raise the price of its meals to help offset rising costs.

The frozen food category has seen a boom lately, with Martha Stewart launching her own line of frozen products.

While convenient, frozen or chilled dinners gets mixed reviews as far as taste, texture and quality. Many of them also have added preservatives and colors.

Blue Apron’s debut frozen meals do list some ingredients that are added for color or freshness, but it’s worth noting they likely would be present if the company sent the meal to you as a meal kit since they’re typically found in spice mixes, sauces and ingredients such as noodles that would be shipped pre-prepared.