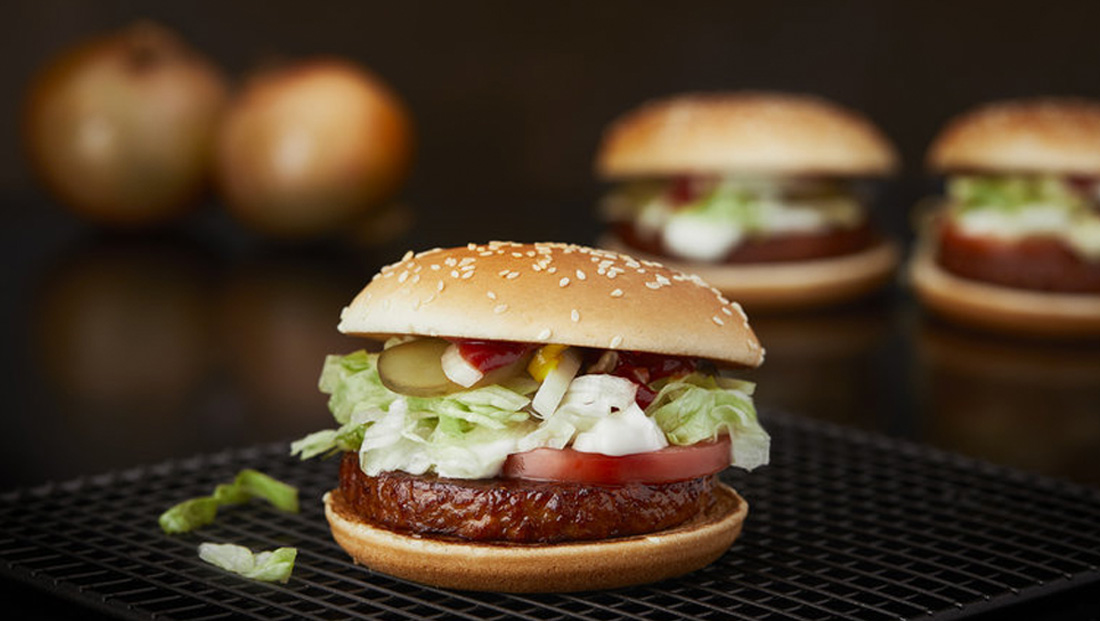 When McDonald’s recently announced the introduction of a vegan burger in Sweden and Finland, Twitter responded with a mix of earnest enthusiasm (@themodvegan: “So exciting- I hope we’re next”), a little disgust (@JenaRoberta: “why would a vegan ever…support a company that sells millions of dead cow burgers a day?), and a touch of guilty hand-wringing from aging ideologues (@siniauer: “Feels like I’m cheating the 90’s me”).