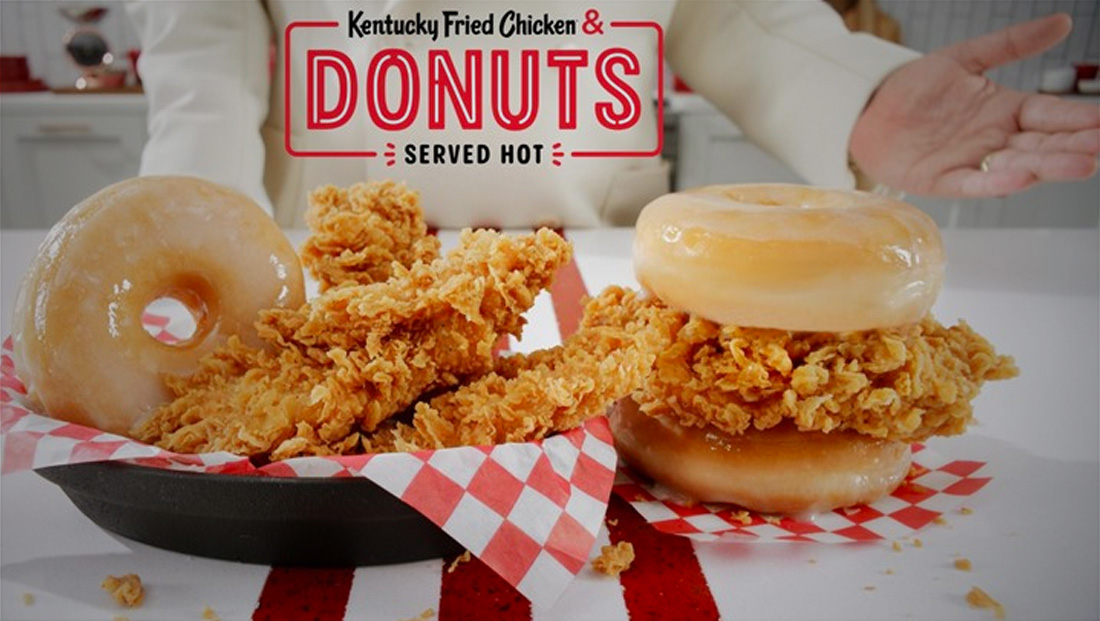 KFC is adding fried chicken and donuts to its menu nationwide for a limited time.

The limited time offer rolls out at participating locations Feb. 24, 2020 and will be available until March 16 or while supplies last.

Kentucky Fried Chicken has been testing the concept at 40 restaurants since fall.

The nationwide rollout means it will be available just in time for people to try before “Fat Tuesday” — the day before Lent begins and a popular day for eating donuts and other baked confections.

Options will include a deep fried chicken fillet between two glazed donuts or tenders or bone-in meat served with one or two donuts, depending on the size of the meal.

The chain will also feature a donut as an add on to any meal for an additional price.

Krispy Kreme is not supplying the donuts used for the KFC offering, however.

KFC is, however, really driving home the point that it will be glazing its donuts to order and served “piping hot,” according to a statement.