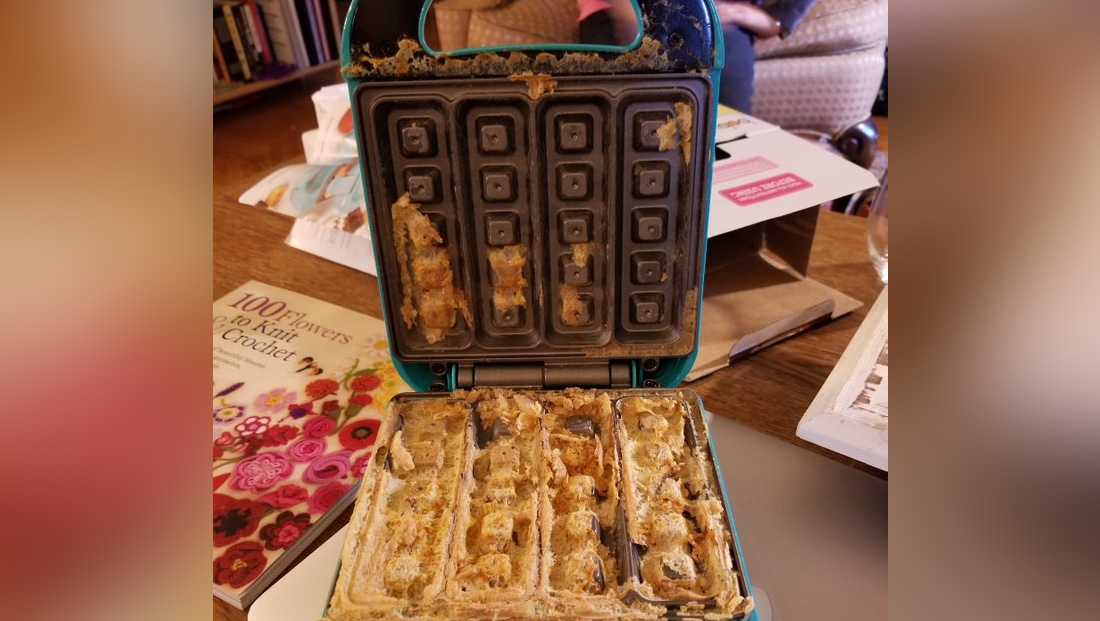 A waffle iron purchased as new on Amazon allegedly contained the remnants of an old waffle when it was opened on Christmas morning.

Wow, my mom sent my daughter a new wafflemaker from @amazon and they sent us a used one with the FOOD STILL IN IT. Disgusting! I guess @khadeeja_safdar, @deniseduana & @shaneshifflett of @WSJ are right. @amazon has no quality control. https://t.co/AuYpz0XP0u pic.twitter.com/FYckJQDA08