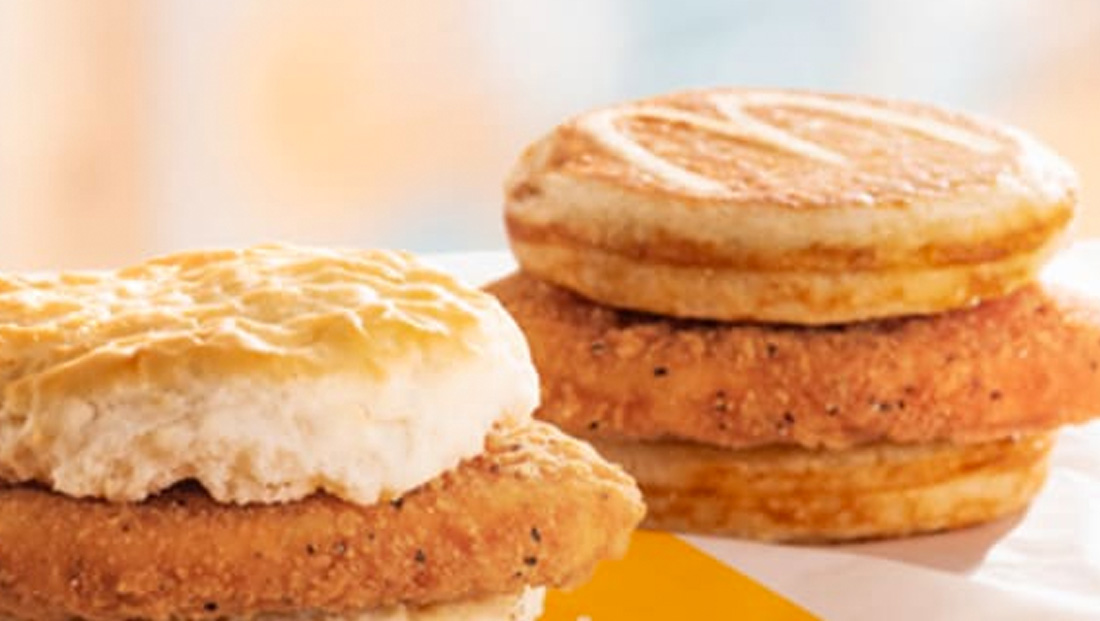 McDonald’s is adding two chicken sandwiches to its breakfast menu in an effort to head off Chick-fil-A.

Chick-fil-A’s marketing revolves heavily around its chicken offerings, including several options on the breakfast menu.

In a survey of franchise owners, nearly 90% of them said they felt Chick-fil-A is the chain’s biggest threat, reports CNBC.

Chicken McGriddles and the McChicken Biscuit have been in testing since 2016 but will now be available nationwide as part of a limited time offer.

McDonald’s menu has included both fried and grilled chicken options for lunch and dinner for some time now, including the “non biscuit” McChicken option.

Chicken sandwiches have seen increased demand and sales across many fast food chains in recent years — with fried chicken being particularly popular.

Meanwhile, bacon, sausage and ham, longtime staples of breakfast menus, have fallen out of favor with some consumers.

Meanwhile, Popeyes Louisiana Kitchen, made a big splash in 2019 when it rolled out a fried chicken sandwich that many compared to Chick-fil-A’s version. Popeyes does not serve breakfast, however, though its corporate cousin, Burger King, does, but without any chicken options at this time.