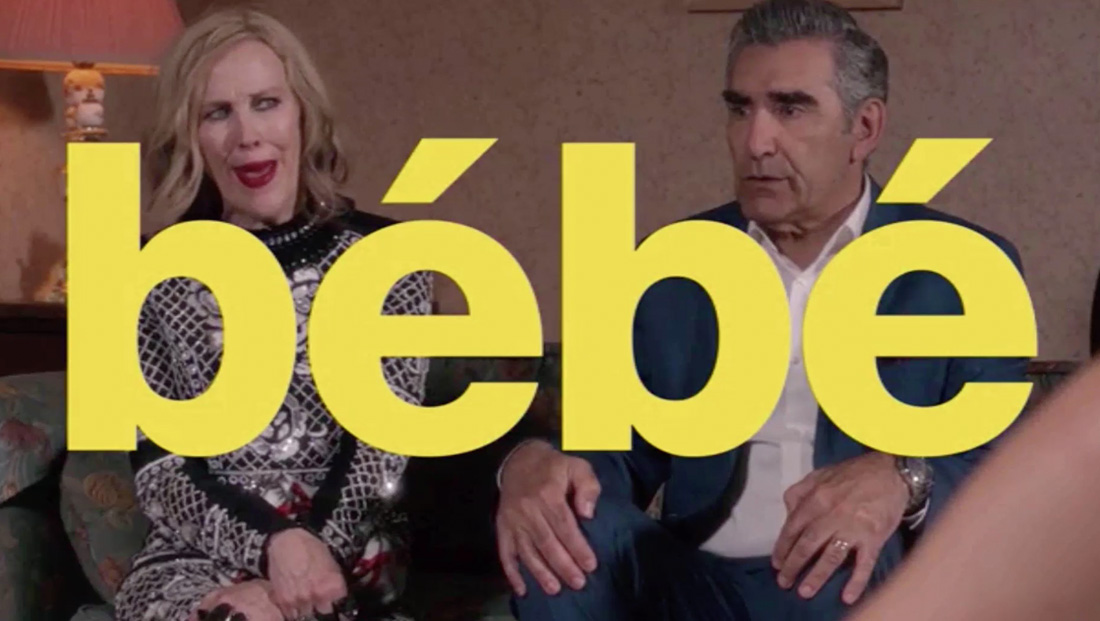 Rose, who is played by Catherine O’Hara, notoriously pronounces the word, along with many others, with a “roll” on the vowel sounds.

The pronunciation of “baby” has been popularly stylized as “bébé.”

Bubly already has well known tie ins with singer Michael Buble who is always “trying” to change the spelling of the product name to his last name.

When Bubly first hit the market, there was a minor debate about whether its name was pronounced “bubbly” or “bublé” because of the purposeful misspelling of the word.

Officially, Pepsi markets the product with the pronunciation “bubbly.”

Bubly was introduced in 2018 as a way to help PepsiCo curb losses from declining cola sales at a time when sparkling water has seen a surge in popularity.

“Schitt’s Creek” is a Canadian production that airs on Pop in the United States and CBC in Canada.