What happened when an office tried to ‘bake’ biscuits in a car? 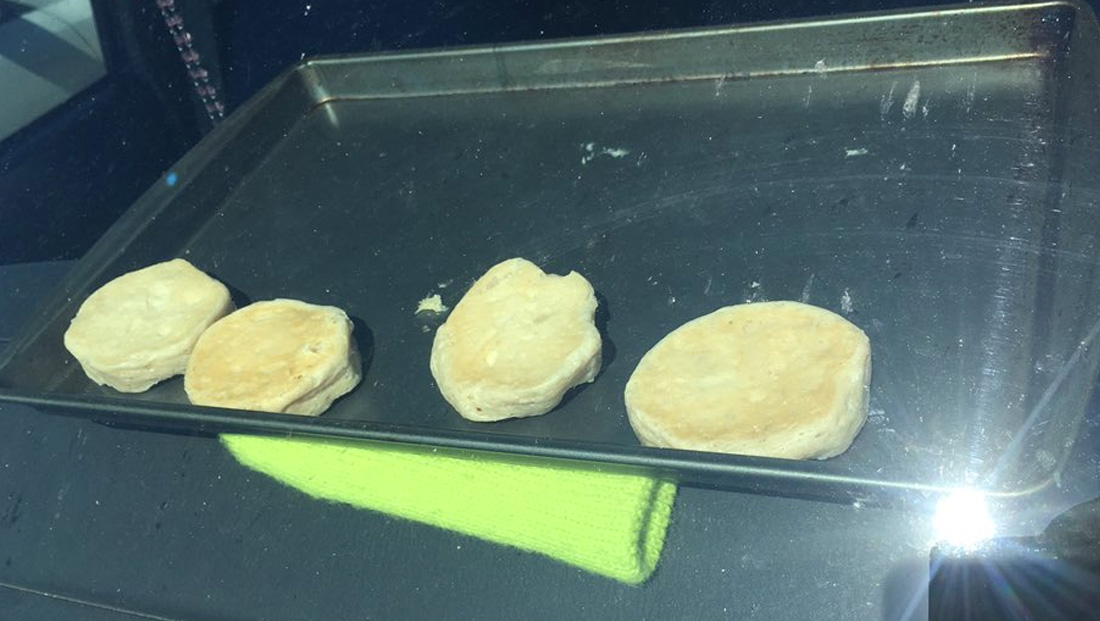 The National Weather Service office in Omaha tried to bake biscuits in a parked car — and sort of succeeded.

Biscuit update: had to turn the car around to adjust for the sun angle. Top of the biscuits are baked but the bottom remains doughy. But more interestingly, the temperature of the back seat in the shade is 144 degrees! #HeatSafety #LookBeforeYouLock pic.twitter.com/IK10PSv3ig

Biscuits are starting to get a slightly golden tinge to them. pic.twitter.com/ptL24RHQfs

And after nearly 8 hours in the sun, the outside of the biscuit is actually edible. The middle is still pretty doughy though. The max temp on the pan was 185! Also we made festive biscuit hats ? Stay cool out there. #HeatSafety #LookBeforeYouLock pic.twitter.com/ptWP2jksrU