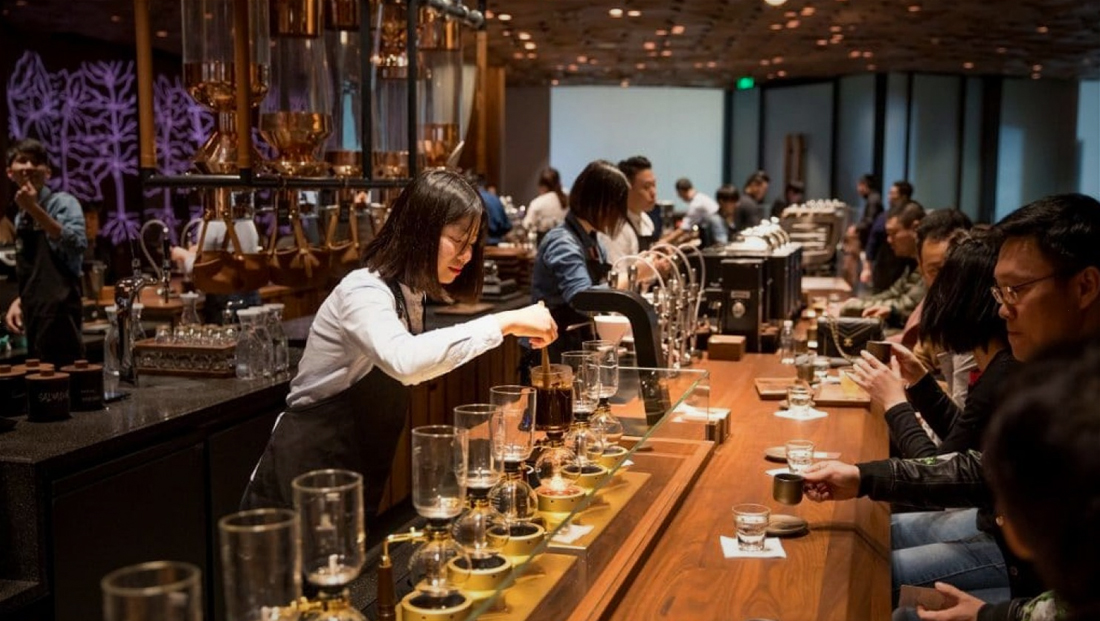 Starbucks once made waves with the indulgent sizes of some of its drinks, such as the Trenta, which contains a staggering 31 ounces of joe. Now, as part of the company’s aggressive expansion in China, the Seattle-based coffee retailer opened its largest store in the world: a nearly 30,000-square-foot compound that does much more than simply serve coffee.