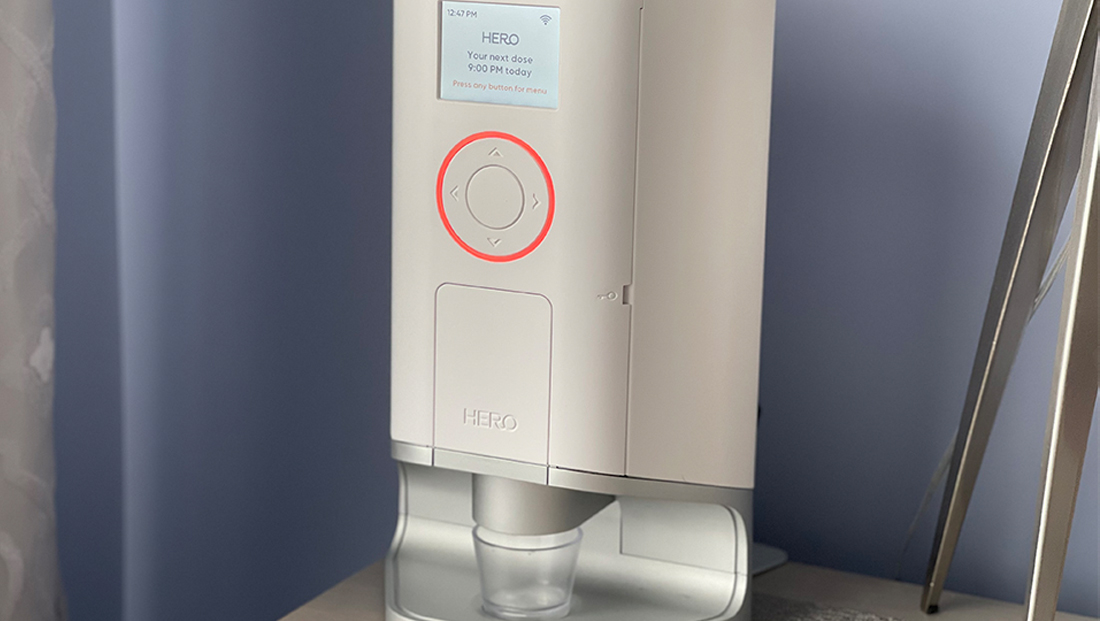 The Hero pill dispenser rolled out a software update April 28, 2022, that aims to make the dispensing process quieter — but how much has changed?

Hero Health began notifying users of the change via email and noted that it requires no action on the part of the user.

The new dispense method is indeed quieter, based on our tests. That said, it’s probably not what most people would consider “quiet” (nor was it before). Whereas before it sounded like the device was going to blast off — it’s now a more subdued volume.

It still would likely wake up a light to a medium sleeper.

Hero works, according to its patent, by using a combination of vacuum power and a “nib” to gently dip into a cartridge of pills and lift one up with a robotic arm dropping it into a spout where a cup sits to catch all of the pills in one dose.

It’s that vacuum power that appears to have been mostly adjusted. The machine still makes “robotic” sounding noises that are at about the same volume.

That said, our tests suggest that the device’s dispense time, which could be significant if more than 10 pills were dispensed, has been reduced a bit. This can vary, however, depending on how easy the nib is able to find a pill to lift up.

Based on how pills naturally settle in the cartridge, the device sometimes is able to “find” one and lift it faster.

Hero comes with a 90-day money back guarantee in addition to the three months free and $50 off the activation fee. You can save 17% by paying for a whole year upfront — no coupon code required.