Point of style: It’s ‘omicron,’ not ‘omnicron’ — and what the name means 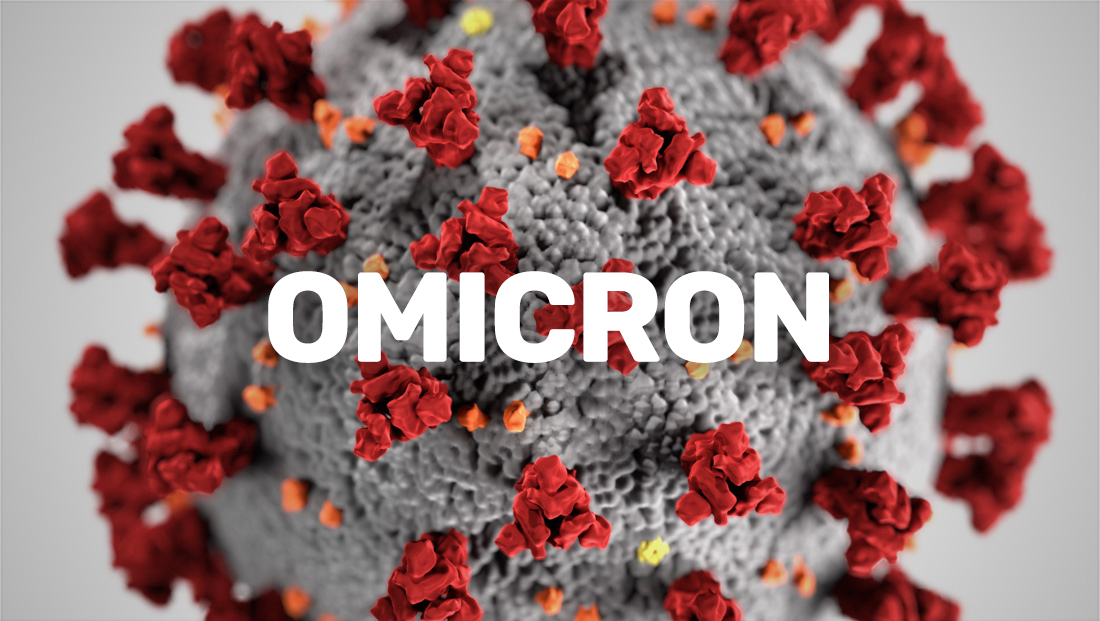 First of all, the name of the new coronavirus variant that began circulating in late 2021 is called “omicron” — not “omnicron.”

And no, the name doesn’t come from name of a some futuristic robot — it’s actually part of the Greek alphabet.

In May 2021, the World Health Organization officially announced that it would name variants of the novel coronavirus after letters of the Greek alphabet.

Before omicron, the best known variant was probably delta, the fourth letter of the Greek alphabet (in uppercase, it’s written as Δ and lowercase as δ).

This means it’s the fourth named variant of the SARS-CoV-2, better known as the coronavirus, the virus that causes COVID-19.

If you’re wondering why you didn’t hear much about the “gamma” or “kappa” variant, it’s because not all variants become “variants of interest” or “variants of concern.”

That probably also explains why the lambda and mu variants weren’t discussed as much either.

Other variants were assigned names but did not even make it to the level of “of interest.”

WHO recommended using the Greek alphabet system after consulting with health organizations worldwide.

The names are technically not meant to replace scientific names that are assigned by GISAID, Nextstrain and Pango, but rather as a way for variants to be easily discussed and identified, especially between the public and scientific community (variants also get assigned a sequence of numbers and letters, for example, that would likely prove hard for the average person to remember).

The use of Greek letters is also not technically “required” when referring to a strain, but many news organizations’ style guides and internal editorial guidelines are following it.

WHO has recommended that viruses, variants and other common nomenclature avoid using geographic, regional or ethnographic references, such as was done with Ebola virus, to avoid creating negative connotations with those terms.

Prior to that recommendation, it was common for viruses, strains or illnesses to get named after the place they were first discovered, or some nearby landmark or other term. However, most scientists now feel it’s not appropriate to name contagions this way because it can cast negative light on parts of the world that are often already stigmatized.

In addition, the location the pathogen is discovered is not always the actual place of origin.

Many scientists were quick to crack down on the use of the term “Wuhan” or “China” to describe the novel coronavirus, despite that being the apparent city and country of origin. Likewise, the delta variant was referred to as the “India” strain early on, but most respectable scientists switched to using the name delta as recommended by WHO.

In May 2021, it was announced additional first names would be added to the lists that are rotated through if the first 21 names are exhausted.

Of course, many are also familiar with many letters of the Greek alphabet through the names of sororities and fraternities int he U.S.

The term “coronavirus” is actually the name of a whole family of viruses that’s become genericized in many people’s minds over the past year — and not just the one causing the current pandemic.

Technically the virus affecting our world today is labeled by scientists as SARS‑CoV‑2, which is short for severe acute respiratory syndrome coronavirus 2.

However, due to potential confusion between existing SARS illnesses SARS-CoV or SARS-CoV-1, both of which are caused by different coronaviruses, that name never caught on.

Many people also use “SARS” to refer to either illnesses interchangeably or, in some cases, even illnesses with similar symptoms but caused by other viruses.

COVID-19, which itself is short for “Coronavirus disease 2019,” with 2019 following traditional medical nomenclature of using the year it was identified, is the actual illness that is caused by the coronavirus SARS-CoV-2 (on a related note, referring to simply “COVID” without the number could cause issues down the road if other coronavirus diseases are identified in the future).