Facebook Inc. (the company) is changing its name to Meta for what is says is a shift in strategy for it to the so-called “metaverse” — but the new name comes as the company faces increasing pressure and criticism by government leaders and users.

The actual Facebook product, as in the social network and its associated apps and services, will not change names.

Instead, the product will essentially become a brand of Meta, which will also will include Instagram, WhatsApp, Portal, Messenger, Workplace, and Diem. Many of these products integrate with each other already.

The official new name, according to corporate records, is Meta Platforms Inc.

Back in 2019, Facebook announced that its corporate holding company, then still called Facebook Inc., would rebrand under a new logo — the word “Facebook” spelled out in a gray font.

At the same time, the company introduced a new logo for the social media platform, a circular “f” icon — a switch from its previous square icon.

Facebook no longer sees itself as just a “social media” company, according to founder Mark Zuckerberg during his keynote at the virtual Connect conference Oct. 28, 2021.

Instead, it’s interested in diving into the metaverse, and has initial plans to add social, workplace and gaming services into virtual spaces where users can interact with each other, often using computer generated avatars.

“I know that some people will say that this isn’t a time to focus on the future, and I want to acknowledge that there are important issues to work on in the present. There always will be,” Zuckerberg said, acknowledging the growing concerns over the spread of misinformation, body image, hate speech and other negatives that the platform has become criticized for up to and following the release of the so called “Facebook Papers.”

Zuckerberg’s presentation included sample images of what he envisions Facebook’s metaverse offering to look like, including an avatar that looks like him. 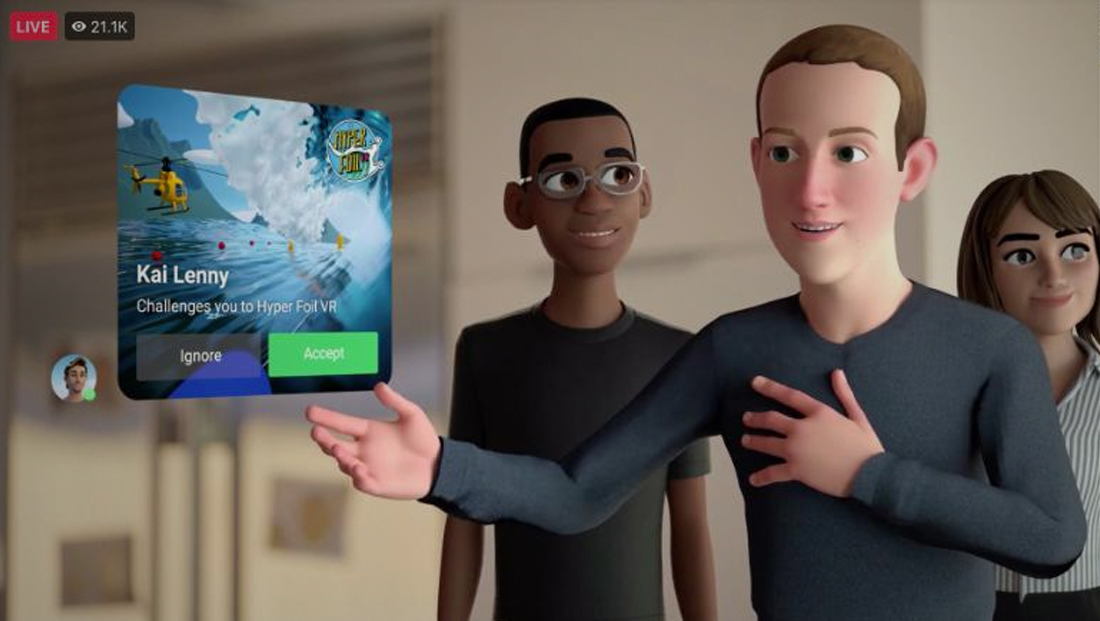 He also show other examples that included attending a concert — via “hologram” with a friend there in person, gathering around physical workspace for a meeting with remote colleagues and gaming examples.

For a logo, Facebook went with a simple, clean geometric sans serif that sits next to a modified infinity symbol shape with a slight gradient effect applied.

It also managed to secure the domain meta.com as well as the four letter handle on most major social media platforms, with the exception of Instagram, which it happens to own.

The name Meta was already trademarked and used by Zuckerberg and his wife’s foundation, used for a separate initiative that will be shutting down, freeing up the name for broader use.

The word “meta” comes from the Latin for “after” or “beyond” and is typically meant to mean “comprehensive” or “transcending.”

It is also sometimes used to apply to search tools that search other indexes, often recombining the results using its own rankings, but typically don’t maintain their own indexes per se.

The move is similar to how Google restructured itself with a parent company called Alphabet, with Google, YouTube and a handful of other businesses under it. The company still trades under GOOG, while FB is expected to switch to MVRS Dec. 1, 2021.