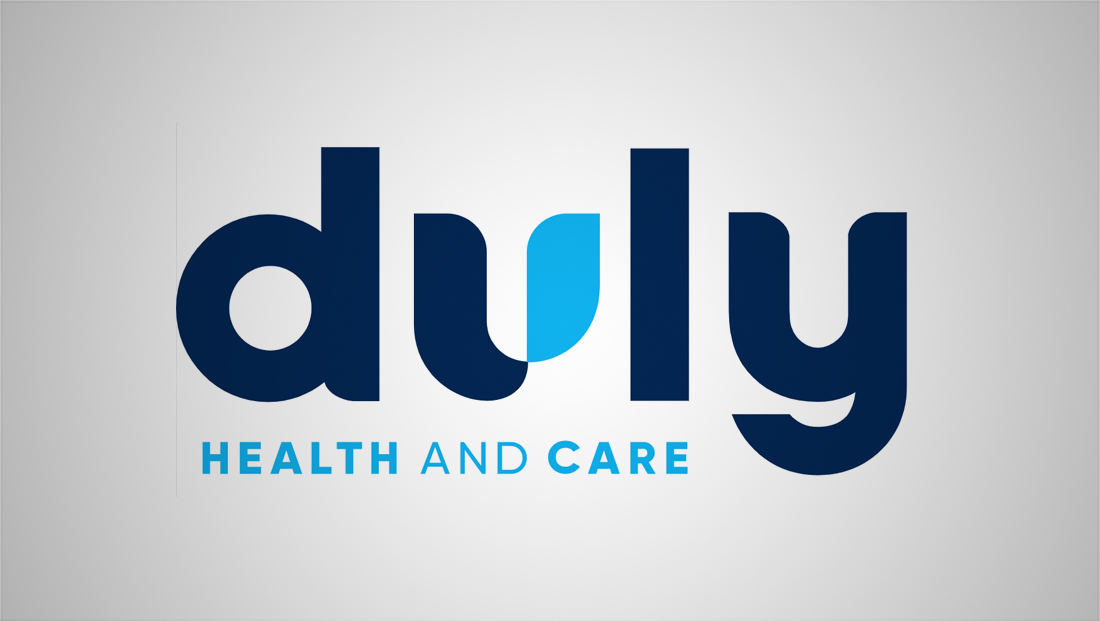 A suburban Chicago health care group has rebranded as “Duly Health and Care.”

However, the company has expanded rapidly and now serves patients across the region, which is one of the reasons given for the rebrand.

The name, “Duly,” is inspired by the definition of the word, “in accordance with what is required or appropriate,” as well as the first two letters matching those in “DuPage.”

It rhymes with “Julie.”

“Our name is changing, but our commitment to improving all aspects of the health and care journey will continue on,” said Steve Nelson, co-chairman of the board and chief executive officer, in a statement. “This journey is made possible by the strength of our physicians and team members that our communities have come to know and trust with their health.”

The rebranding is one of the latest that takes a seemingly ordinary word and uses it as a company name. While the reasoning behind selecting the word is clear, using a word that ends in “ly” — often associated with tech companies such as Bitly, Drizly, Crowdly — screams of an attempt to try be hip for the sake of being hip.

While the word is derived from “duty,” which also speaks to the company’s mission, it also means there’s the unfortunate connection to the word “doodie.”

The word is also very close “doodle” — again, not exactly the best fit for a health care company.

There’s also some similarities to some made up words such as “Zulily,” “Dolittle” (as in “Dr. Dolittle”) and “dilly dally.”

The new portion of the name “Health and Care” instead of the typical “health care” is an interesting move that points to the company’s mission of not only helping patients stay healthy, but providing the care they need. It’s also a nod to the old DMG tagline: “We care for you.”

The new name also comes with a new slogan: “Healthier meets happier,” which itself is notably similar to Walgreen’s “At the corner of happy and healthy.” Walgreen Co. is headquartered in the Chicago suburb of Deerfield.

For a logo, the company went with a custom logotype with the word “duly” spelled out in a curvy font that’s evocative of both petals and water drops. The “u” is rendered in two segments, one of which is a brighter shade of blue.

Because of the odd “reverse” nature of the bright blue shape, the logo could be read as “dily” at first glance — again, not exactly the best word.

Duly uses the font Nexa is its primary typeface, replacing a mix of Proxima and Garamond.

DMG was recently in the news after an August 2021 systems outage left patients unable to contact their doctors via phone or access online medical systems for days.

The company was tight lipped about the issue at the time, but it was lated confirmed as a cyberattack.

The company would later reveal that personal information for over 600,000 patients may have been compromised. It began notifying patients of the potential issue.

The company uses Cisco phones and Epic MyChart, among other providers.

It is already facing a lawsuit for the breach.

DMG does not currently own any hospitals, though it does have a surgical center and many of its physicians have privileges at area hospitals owned by other local health care companies.

It also owns the Insti­tute for Per­son­al Devel­op­ment, a behavior and mental health care division.

Duly has over 150 locations throughout its service area, many of them in shared professional buildings or strip malls in addition to its own, dedicated buildings.

All of these buildings will likely need to receive new exterior signage at some point in the future, which could end up costing millions.

In addition, much of the interior wayfinding signage uses Garamond, though it’s not clear if or when Duly will update any of its signage.