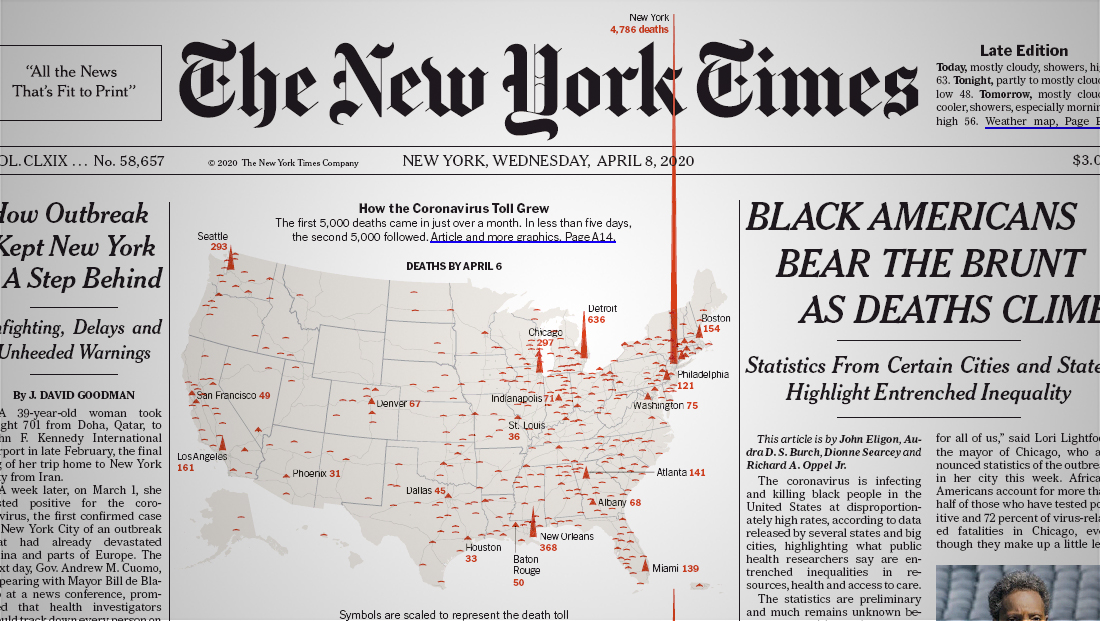 The New York Times ran a staggering front page infographic Wednesday, April 8, 2020 that used the area normally reserved for its logo, slogan and weather to drive home the toll coronavirus is having on New York City.

At first glance, the beige U.S. map at the top center of the paper’s print front page looks fairly ordinary — until you notice a huge red spike emanating from the spot where NYC sits.

In fact, the spike, which is scaled proportionally to the other symbols representing the running tally of COVID-19 deaths cities across the country group by metropolitan area up to a certain day.

Using the same scale as the other maps — which, even based on the most recent one, has many metro areas represented by an essentially “spike-less” spike typically representing deaths in the two digits, the NYC spike stretches well above the graphic and over the “K” in the paper’s logo. 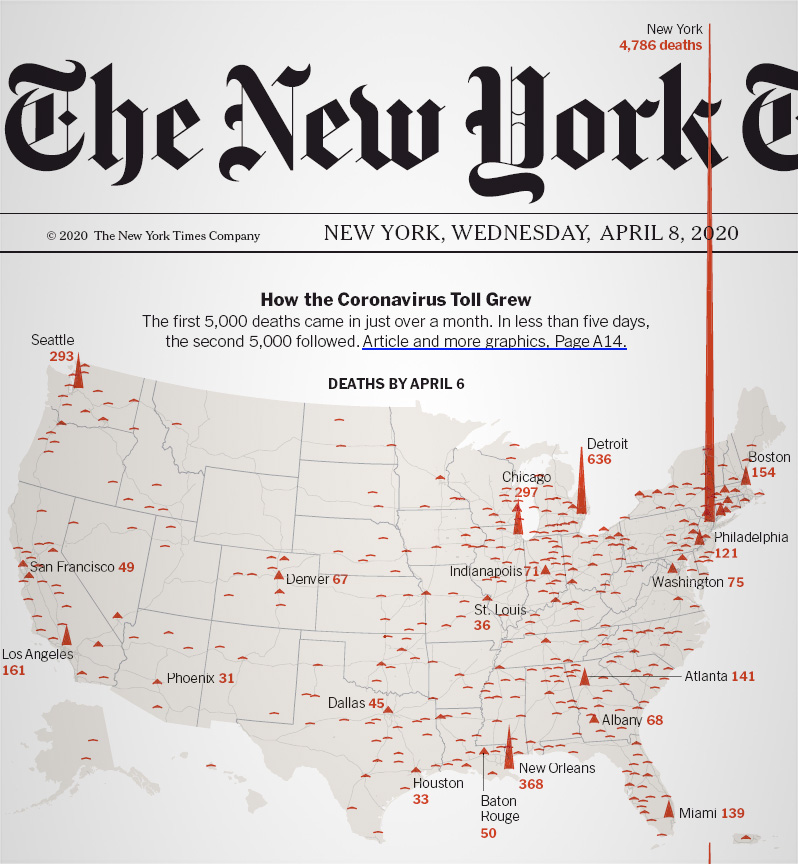 Indeed, it actually stretches above the logo, as shown in the screenshot of the map taken from the newspaper’s “replica” edition that’s essentially an interactive version of the print version.

This area of the frontpage is technically called the flag — though many incorrectly refer to it as the masthead (In true newspaper parlance, a masthead is the listing of the editorial board and other key figures typically found on the editorial page).

Over the years, it became more common to place graphics or seasonal imagery in this area and this isn’t the first time editorial content has pushed into that part of a newspaper’s front page to make a point.

The graphic is credited to the NYT’s Lazara Gamio, Karen Yourish and Bill Marsh.