After NBC aired story about drivers getting sick from heat, UPS did this 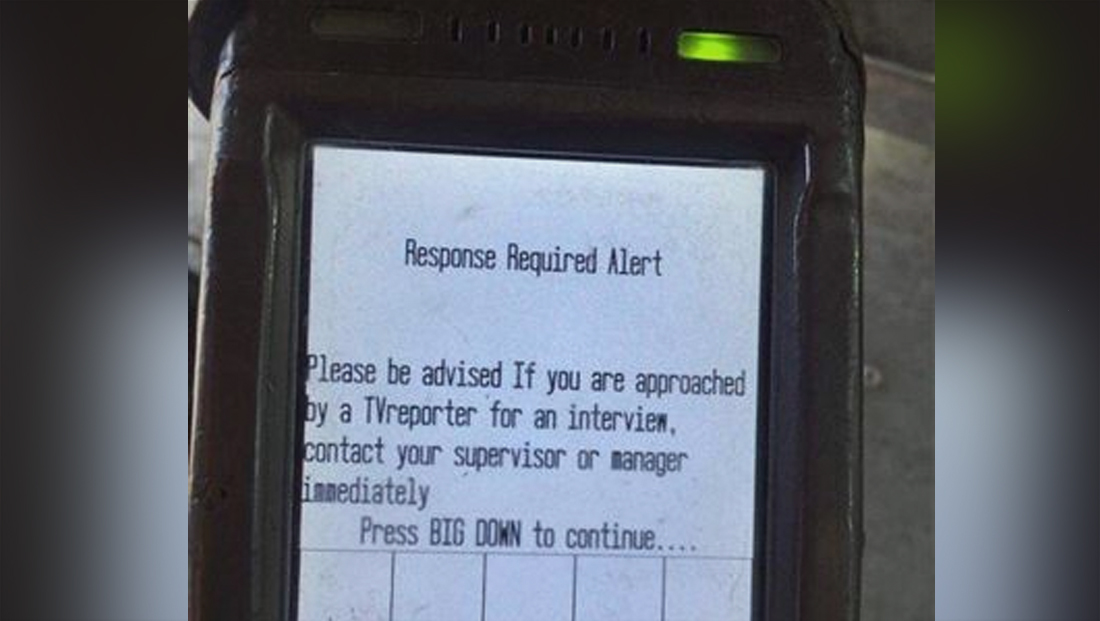 NBC News first aired a story about UPS employees getting sick from high temperatures July 22, 2019 — and in the days that followed, UPS warned its employees against talking to news outlets.

The next day, UPS reportedly sent out an alert to at least some of its drivers warning them against talking to the press, according to a photo of the message provided to NBC.

UPS also sent out emails warning employees not to make comments to the media.

It’s not immediately clear how many employees received the alerts, but the photo provided to NBC shows one of the handheld devices UPS drivers use to scan packages with a message reading “Please be advised If (sic) you are approached by a TVreporter (sic) for an interview, contact your supervisor or manager immediately.”

The message is labeled as a “response required alert.”