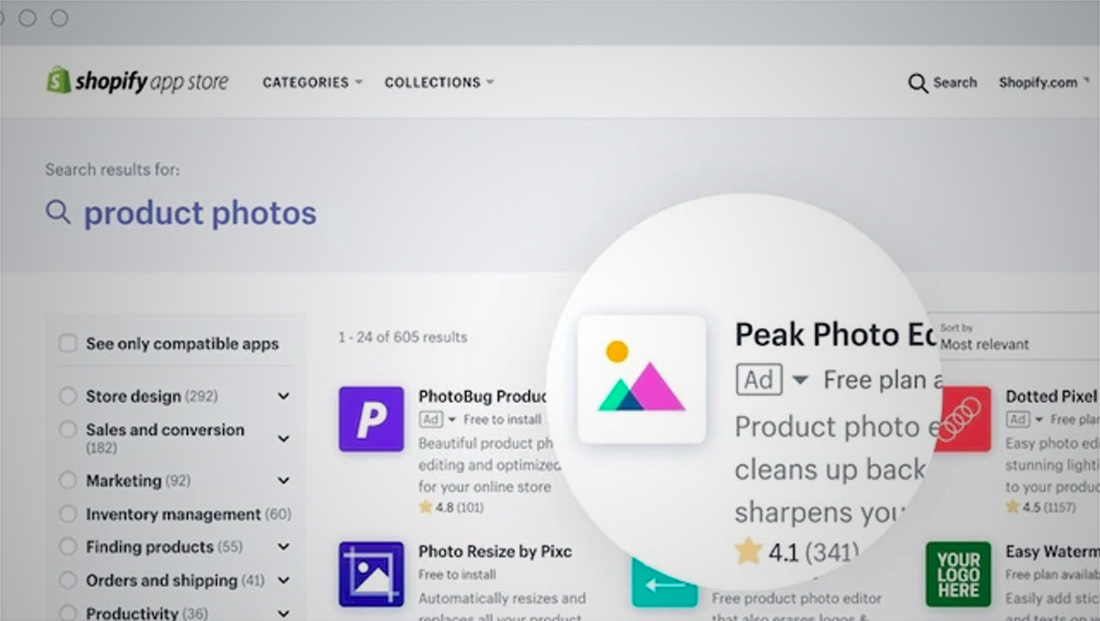 Shopify has officially rolled out its paid advertising feature to all developers in its app store.

Shopify redesigned the app store in 2018 with an eye to boosting discovery through the user interface, but, the company notes, newer apps often still found it difficult to surface in the rather crowded directory of selections.

In fact, its own research suggested that 60% of installs via the app store come from searching rather than browsing.

This likely gave advantages to those apps appearing higher in the search results, which use an undisclosed algorithm.

In late 2019, Shopify began testing the ability for app developers to buy ads within search results based on keywords.

Now, that feature is available to any approved app in the store.

Shopify says it’s using a similar approach to other PPC search advertising — app developers tell Shopify how much they’re willing to spend per click and, when someone searches a keyword that could trigger a particular app’s listing to appear in the “ad zone” near the top of results, Shopify analyzes all apps bidding on that keyword and choses the ones who bid the highest.

Shopify says it also uses a “relevance” ranking to determine both what ads users see as well as the cost of a click on the ad.

This means that a high bid on a keyword doesn’t guarantee the app will be displayed in the paid results section if the app has a low relevance for the particular keyword.

In a blog post announcing the wide launch, Shopify recommends using testing and research to find the best keyword combinations that are most likely to trigger installs — which should boost relevance scores.

For a limited time, Shopify is offering eligible app developers $100 in free advertising toward ads.