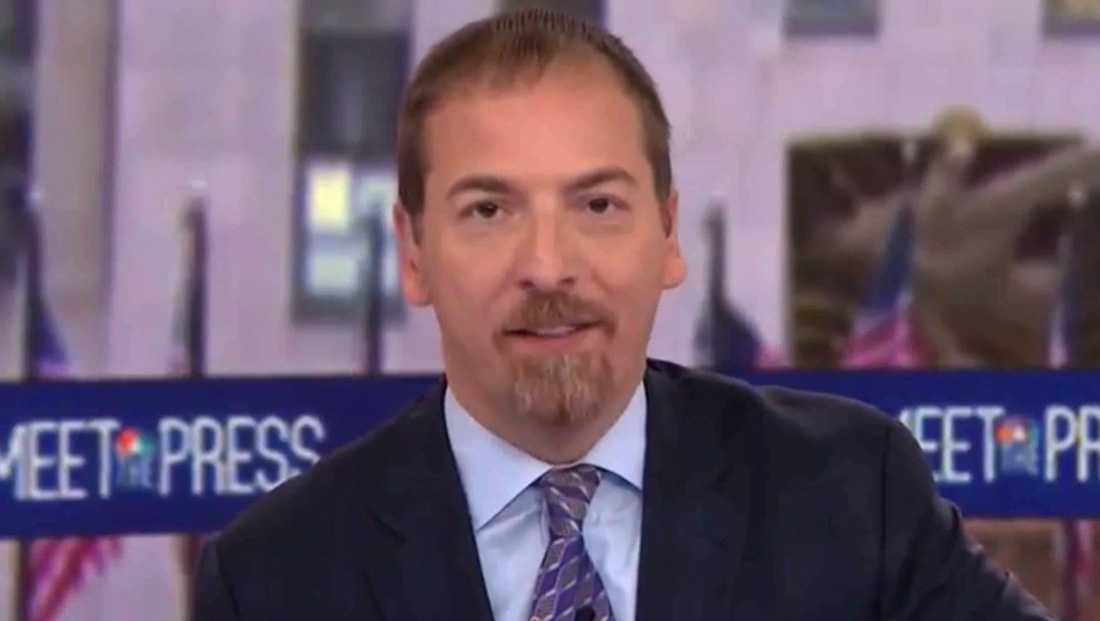 MSNBC is moving “MTP Daily” from its linear cable channel to its streaming offering in June 2022.

The show, which uses the initialism short for “Meet the Press,” will be renamed “Meet the Press Now” and shift to NBC News Now, the 24-hour news streaming service from NBC News. Chuck Todd, who also moderates the Sunday mainstay “Meet the Press” on NBC proper, will continue to anchor.

The “Now” branding closely follows how many of the shows on the streamer are named, including “Morning News Now,” “Now Tonight,” “Hallie Jackson Now” and “NBC News Now Live.”

Over on cable, the 1 p.m. hour will be anchored by Chris Jansing, a longtime MSNBC anchor who frequently fills in on the network’s regular programming. She will anchor under the “MSNBC Reports” name, with her block titled as “Chris Jansing Reports.”

MSNBC still has to fill its 11 a.m. block of “MSNBC Reports” since Craig Melvin vacated the spot earlier this year to focus on his duties for “Today.” Jansing had been one of the frequent anchors during that hour.

The decision to shift the “MTP”-branded daily show to streaming appears to have several strategies.

First, the show has been underperforming at 1 p.m. eastern. Second, as with most media companies, NBC News is keen to expand viewership and original programming on its digital streaming offerings as a way to reach cord-cutters and younger audiences.

NBC News Now is free to watch and financed with traditional-style commercial breaks. It’s steadily expanded its programming since launching and much of the day now feels like another 24-hour news network, though evenings and overnights are typically programmed with repeats of “Dateline” and other NBC News productions.

The streamer also tends to have a bit more flexible schedule and will frequently drop out of anchored coverage to carry events such as press briefings live and in their entirety.

Moving Todd to streaming sends a strong message that the network is committed to bolstering the offering, with him being arguably the biggest name to host a live, original show on it.

NBC News Now is also adding Vicky Nguyen as a co-anchor beside Morgan Radford from 11 a.m. to 1 p.m. Aaron Gilchrist will anchor solo from 2 to 4 p.m. Radford currently co-anchors with him but will shift earlier.

Alison Morris, who was the first NBC News Now anchor and had been anchoring from 3 to 5 p.m. eastern, is leaving NBC News.

Moving “MTP Daily” out of the 1 p.m. MSNBC timeslot will also mean the schedule will be filled with “MSNBC Reports” hours from when “Morning Joe” ends at 10 a.m. eastern until “Deadline” at 4 p.m., assuming the 11 a.m. hour remains under that name and format.

MSNBC rebranded its “MSNBC Live” hours in March 2021 under the “Reports” name. However, “MTP Daily” remained an oddity in the middle of the schedule.

Below is the full text of the memo Janelle Rodriguez, SVP of editorial:

I am pleased to share a few exciting changes and additions coming to NBC News NOW in early June.

Following the success of Meet the Press Reports and an ongoing series of midterm election specials from the Meet the Press team, Chuck Todd will bring his daily show – MTP Daily – to NBC News NOW. It will be titled Meet the Press NOW, streaming at 4 p.m. ET Monday through Friday.

Chuck was an early adapter to the streaming space with Meet the Press Reports, which is now in the middle of its fourth season, and the feedback we’ve received from viewers on the election streaming specials have been immense. His enthusiasm about growing Meet the Press beyond the Sunday show and evolving the program for the streaming audience is a prime example of our mission at News NOW: to bring viewers the best of what NBC News has to offer.

We have another new daily face coming to News NOW who is no stranger to NBC News audiences — Vicky Nguyen will join Morgan Radford as co-host of the 11-1 p.m. block of News NOW. Vicky is a brilliant storyteller, leading our Racism Virus specials — which return for a second installment in May — and will be a fantastic addition to our daily lineup.

Aaron Gilchrist will also anchor a news program from 2-4 p.m. For over a year, Aaron has been a face for viewers to turn to amid breaking news. He has guided us through some of the most pressing stories in the last year, and I can’t wait to see the new program Aaron and his team build.

Alison Morris has decided to explore an exciting new adventure in Paris and will be leaving NBC News NOW after an incredible run of nearly three years. Alison has believed in the work we are doing here since day one, becoming News NOW’s first full-time anchor back in 2019. Without a doubt, she has shaped so much of what News NOW is today.

This all comes at a time when the momentum is on our side in delivering original streaming programming to our viewers. We are the established leader in the streaming news space and as all eyes begin to look toward a consequential midterm election, the importance of bringing our political journalism to streaming audiences is more important than ever. We have the whole News Group on our side in this mission, and with Cesar’s commitment to streaming and investment in us, we continue to climb. This past month alone, we reached 120 million video views and over 40 million hours watched, up 130% from March 2021.

I’m incredibly proud of what we’ve built here and of the quality journalism we are putting out each day — from our anchors, to our correspondents in the field, to our producers, desk teams and everyone else making this happen every single day. Thank you for all that you do, this growth wouldn’t be possible without the hard work of each and every one of you.