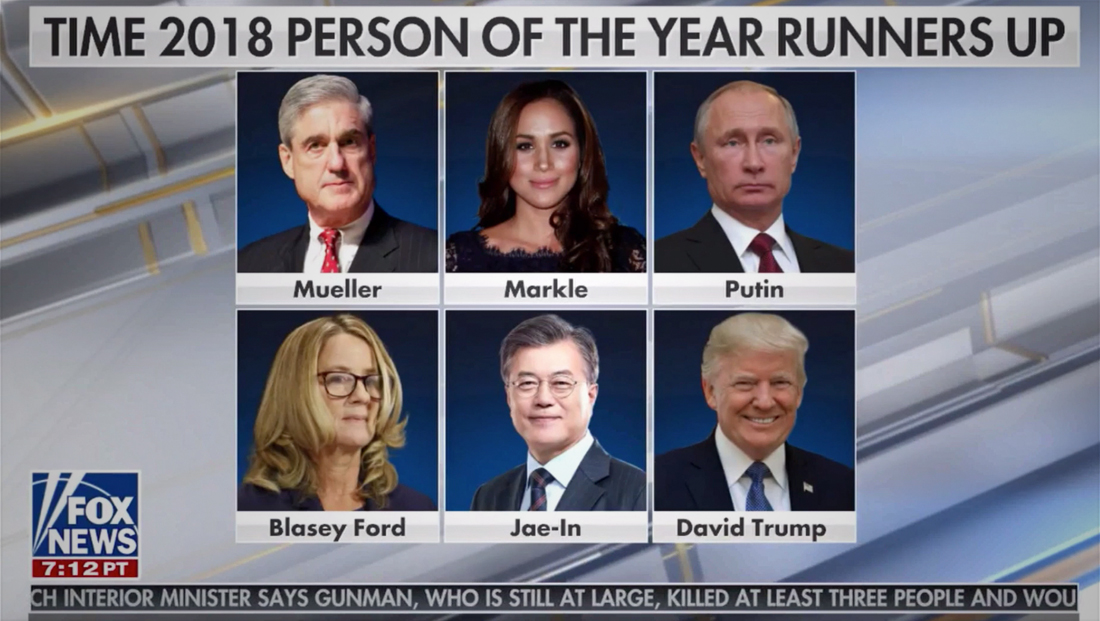 Yes. During the Tuesday, Dec. 11, 2018, edition of Fox News‘ “The Ingraham Angle,” a fullscreen graphic showed Donald Trump’s photo, among other runners up for Time’s “Person of the Year.”

On the graphic, Trump had the name “David Trump” under his name, an error the host Laura Ingraham noted on air.

The error was corrected in the show’s repeat — with a new graphic swapped out.