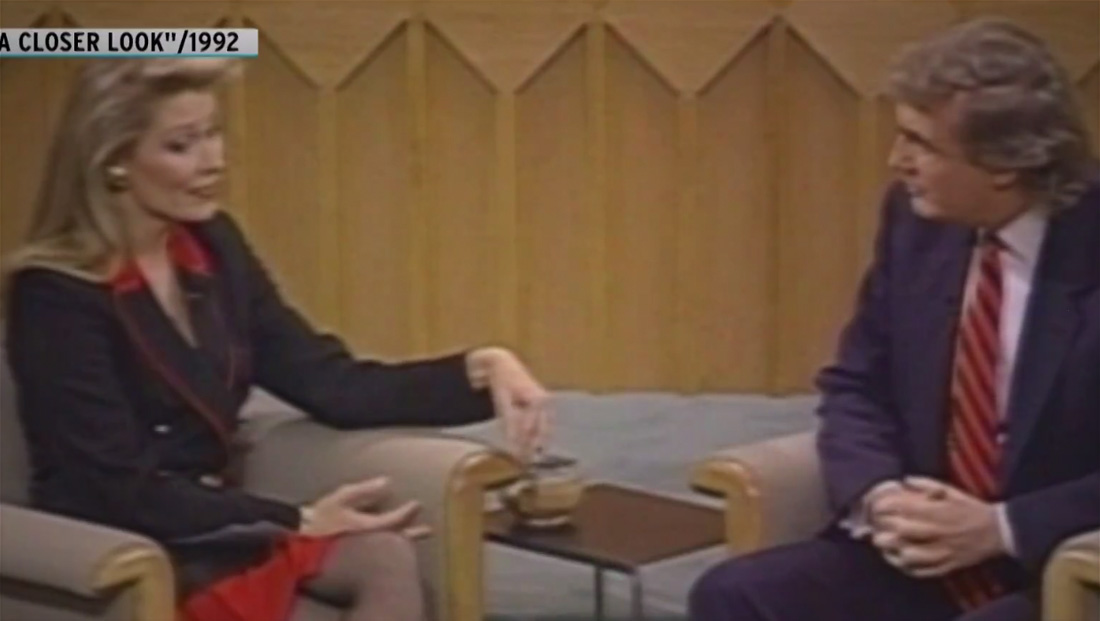 A 1992 video clip features Donald Trump recounting how he forcefully kissed TV host Faith Daniels, without her consent, at a charity event.

The clip, from Daniels’ own show, “A Closer Look,” features Trump as a guest, apparently as a result of the incident.

“You kissed me on the lips in front of the paparazzi,” Daniels told him in front of a live studio audience, “and I said, ‘That’ll cost you. I’m booking you on the show.’”

Daniels’ husband was also at the event, but had, at least according to Trump, turned his back at the time.

At the time, Trump had just divorced Ivana, and complimented Daniels’ appearance after she asked who he’d like to date next.