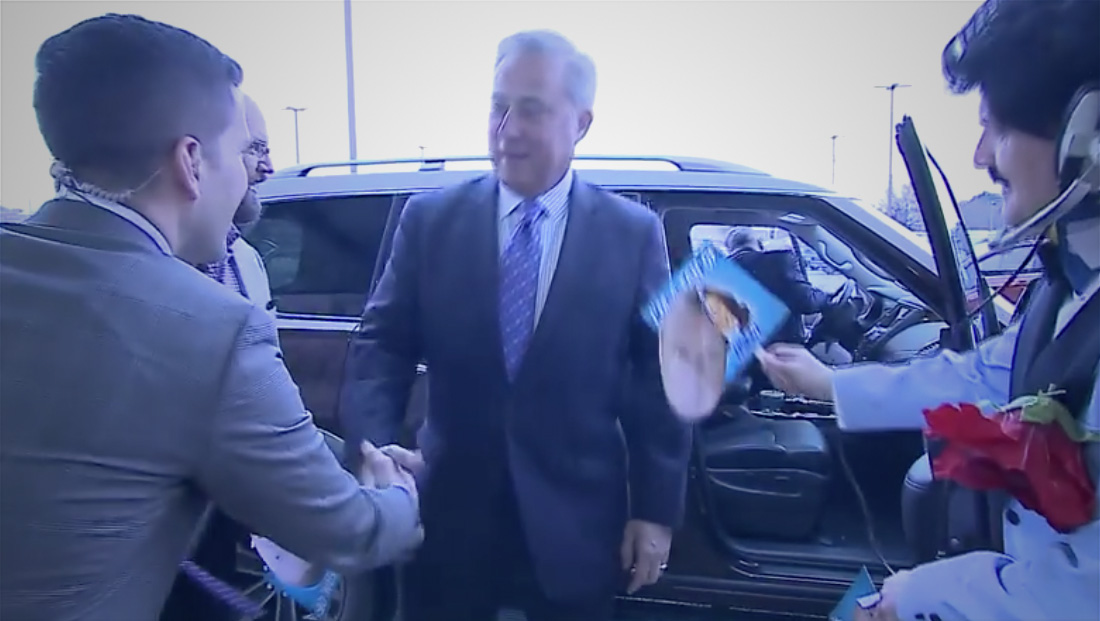 Morning forecaster Paul Konrad, who works at WGN in Chicago, posted a video of the station’s morning team welcoming the president and CEO of its soon-to-be new owners, Nexstar Media, in a very, wellm enthusiastic way.