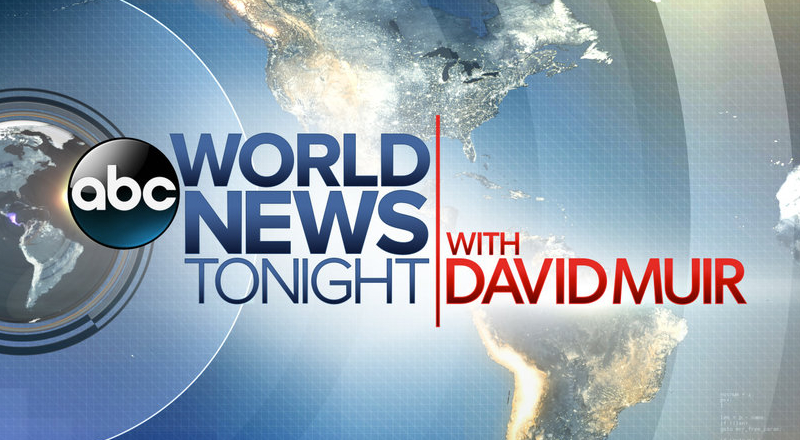 Whit Johnson will anchor on Saturdays while Linsey Davis has been assigned to the Sunday shift.

Johnson is currently an anchor for “Good Morning America” weekend and will continue in that capacity.

Davis anchors for ABC News Live, including its “ABC News Live Prime” newscast. She will continue to appear there Monday through Thursdays, with a rotation of anchors appearing Fridays.

Below is the full text of the memo ABC News President James Goldston sent staff announcing the new anchors and released by ABC.

I am pleased to announce that Linsey Davis and Whit Johnson will be the new anchors of weekend World News Tonight. Whit will anchor Saturdays, and Linsey will anchor Sundays, beginning this weekend.

Linsey has had an impressive rise at ABC News as a result of her unflinching interview prowess, her versatility and experience. Last year she was named anchor of ABC News Live’s first-ever streaming evening newscast in primetime, which has surged in viewership by over 200% since launch a year ago. Her presidential debate moderating performance was nothing short of commanding, holding candidates to account on racial inequality before social unrest swept the nation last summer. Linsey co-anchored our 2020 election coverage, including all eight nights of the Democratic and Republican National Conventions, two presidential debates, the vice presidential debate, five straight days of presidential election coverage until a winner was declared and Inauguration Day. Her interviews have included a wide range of newsmakers from Hillary Clinton and Mike Pence to Dr. Anthony Fauci, Camille Cosby and a powerful jailhouse conversation with Myon Burrell. She conducted the first roundtable discussion with Black female mayors from across the country during the height of protests against police brutality and anchored the documentary “Homegrown Hate: The War Among Us” – a chilling look into hate-inspired violence and intimidation, and the growth of domestic terrorism. She’ll continue to anchor ABC News Live Prime Monday through Thursday, and we’ll rotate anchors on Friday nights.

Whit is an award-winning and distinguished journalist who has done a tremendous job both in the field and at the anchor desk since joining ABC News in 2018. As one of our lead reporters on COVID-19, he has been on the frontlines of covering the pandemic keeping our viewers up to date over the last year. Whit reported from Arizona during 2020 election week and covered the primaries extensively as a key member of our political team. He anchored from the field with breaking news coverage after the synagogue shooting in Pittsburgh and the Virginia Beach mass shooting. Plus, Whit has anchored special coverage events on the network and ABC News Live, including when Iranian General Qasem Soleimani was killed and the arrest of mail bomb suspect, Cesar Sayoc, in the lead-up to the 2018 midterm election. Prior to joining ABC News Whit was a morning anchor at KNBC and a Washington-based correspondent and fill-in anchor at CBS News covering Congress, the White House and national news. During his tenure at GMA Weekend, the Saturday program expanded to two hours, while winning in Total Viewers and Adults 25-54 for the 8th season in a row, and Sunday was #1 for the 7th straight season in both the key demos. He’ll continue to join our stellar team of Eva, Dan, Rob and Janai both Saturdays and Sundays.

Linsey and Whit are both familiar faces at the World News Tonight desk, having filled in on the weekends and for David during the week. They join the dedicated team as World News Tonight with David Muir wrapped a stellar year as the #1 program on all of television, broadcast and cable, for 23 weeks during the pandemic, polarizing election and deep divides in our country, the Saturday program won across all key demos last season for the first time in over two decades and the Sunday edition won the season in Total Viewers for the first time in 23 years. I look forward to Linsey and Whit bringing their reporting acumen to the program, and please join me in congratulating them on their new roles.