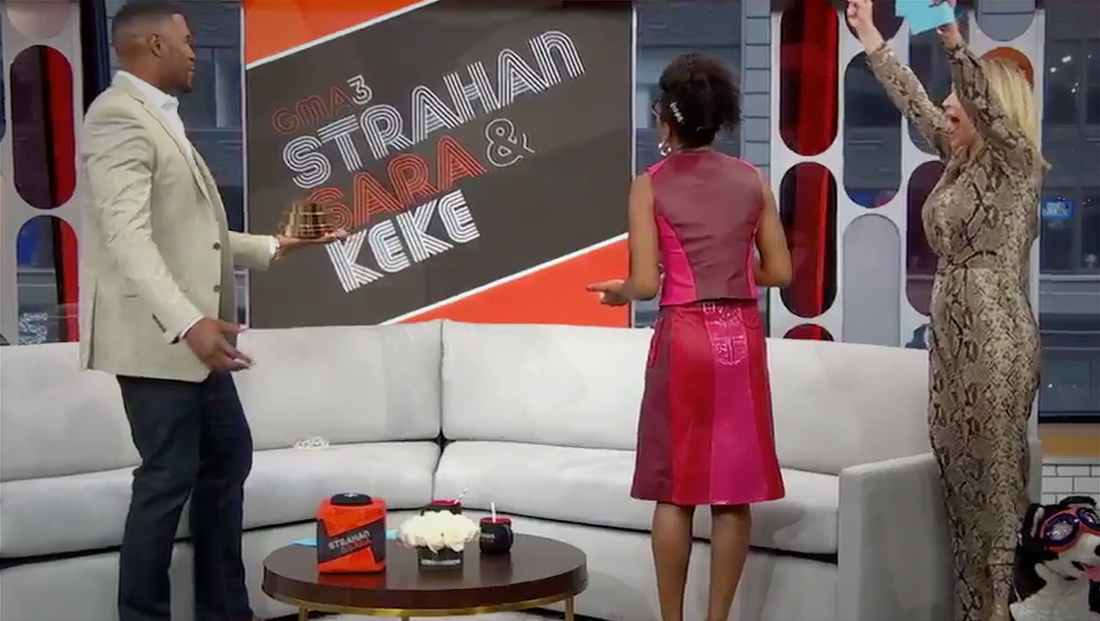 While ABC has not made an official announcement, Page Six sources say the show won’t be returning and the network will stick with a “GMA3” branded hour.

The show replaced “The Chew” and was billed as a “lunchtime escape.”

In January 2019, the show was renamed “Strahan and Sara” with the two original hosts continuing on.

Since then, the show had stabilized in the ratings and began finding its rhythm, according to insiders.

After a ban on studio audiences, which “GMA3” had, and increasing news from the coronavirus pandemic, ABC replaced the show with “Pandemic: What You Need to Know” — originally meant as a two week experiment in March 2020.

However, the show did well in the ratings and stuck around.

June 15, 2020, saw another name change — this time to “GMA3: What You Need to Know” — dropping the reference to the coronavirus and adding back in the “GMA3” name to the mix, which made it possible for the show to take on a broader scope.

“What You Need to Know” has a decidedly harder news focus than “SSK,” though it does serve up lighthearted human interest stories as well.

Meanwhile, insiders say that ABC has moved “SSK” staffers over to work on the new show. Strahan continues to co-anchor “GMA” and Haines has been seen on “The View” filling in.

Sources say that discussions are ongoing about the future of the show and what format it will take — and who will appear on air.