Al Roker does the weather from his kitchen for ‘Today’ 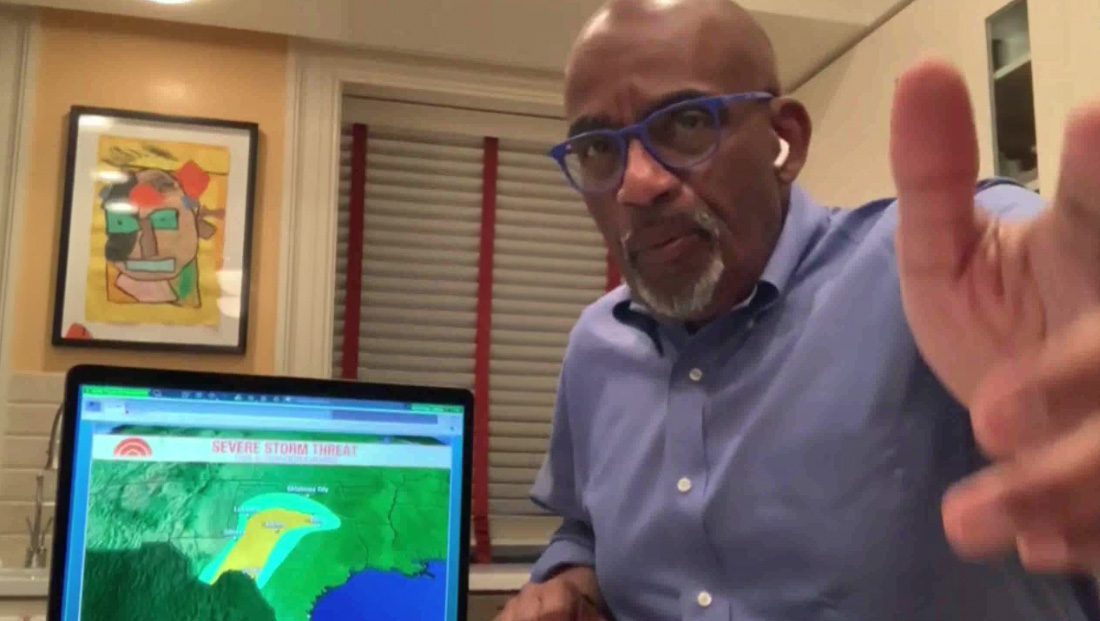 Neither snow nor rain nor coronavirus will stop Al Roker from giving the weather — at least for long.

Roker, who had “some contact” with an NBC News staffer who tested positive for coronavirus, is voluntarily self isolating at home and did not appear on March 16, 2020’s edition.

However, on March 17 he was back — joining the show via a video call from his iPad live from his ktichen.

Roker was outfitted with a pair of AirPods that presumably let him hear the network audio and picked up his audio — and he used a laptop to show weather maps, though the control punched them up fullscreen for most of the forecast.

Roker noted that two NBC staffers helped him out with the weather graphics — including one working from home — and that no NBC News crew was being used at his home thanks to the iPad.

At the end of his segment, co-anchors Savannah Guthrie and Hoda Kotb jokingly asked if he was wearing pants — to which he suddenly noticed what time it was and ducked out of view.

He returned shortly later saying “of course I’m wearing pants” and showing them off on camera — though he did have on pair with an elastic waist and didn’t have his shirt tucked in.

Co-anchor Craig Melvin is also self isolating at home.