Al Roker gets a $5,998 (or more) upgrade to his home weather center 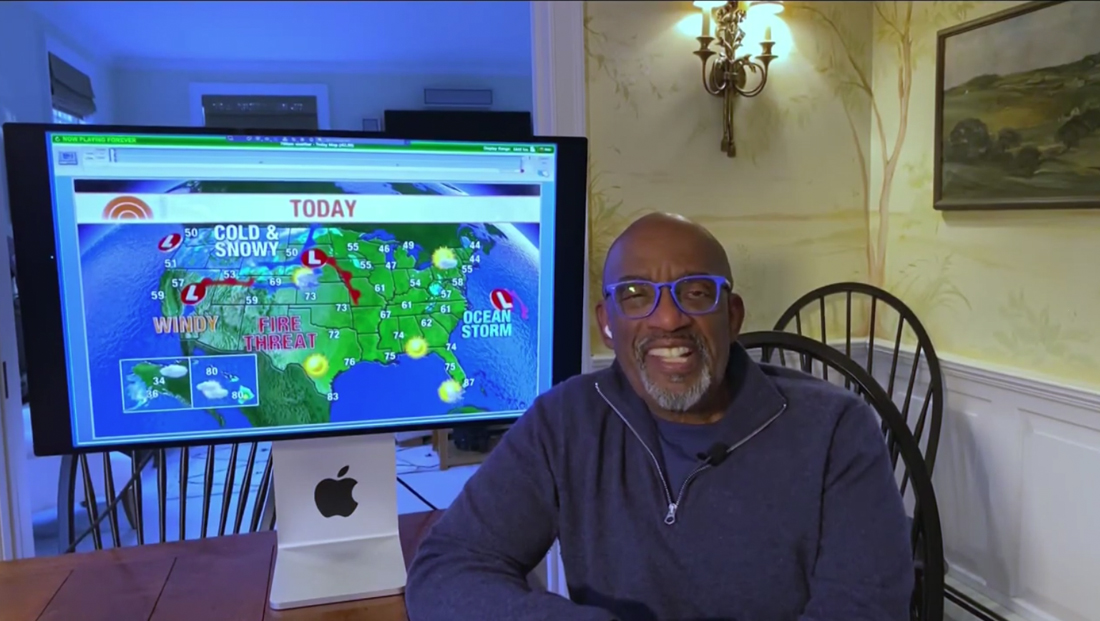 NBC “Today” forecaster Al Roker got a big upgrade to his home “weather center” — what appears to be an Apple Pro XDR display complete with its $999 stand.

On April 1, 2020, Roker joined the show from his dining room, with a different large monitor behind him.

Roker has been joining “Today” remotely since March due to the coronavirus pandemic.

He acknowledged it was an Apple display, which was also made obvious by the large Apple logo attached to the stand.

Roker said Apple “sent” the monitor to him, though it’s not clear if Roker purchased it himself or NBC bought it — or if it was part of a deal with Apple.

By the next day, the large Apple logo was gone, but the stand and monitor remained.

The silver L-shaped stand, meanwhile, retails for $999 — a price tag that raised eyebrows when Apple announced it.

Roker has already proven himself to be a big fan of Apple products — having done a live shot March 27, 2020, using at least five Apple products.

The display’s aspect ratio appears to be slightly different than the show’s weather graphics — so there are black “pillar boxes” on the left and right side that creates the illusion that the monitor’s normally low profile bezel frame look wider than it is.