As ‘New Day’ ratings continue to drop, why is CNN splitting its anchors across two cities? 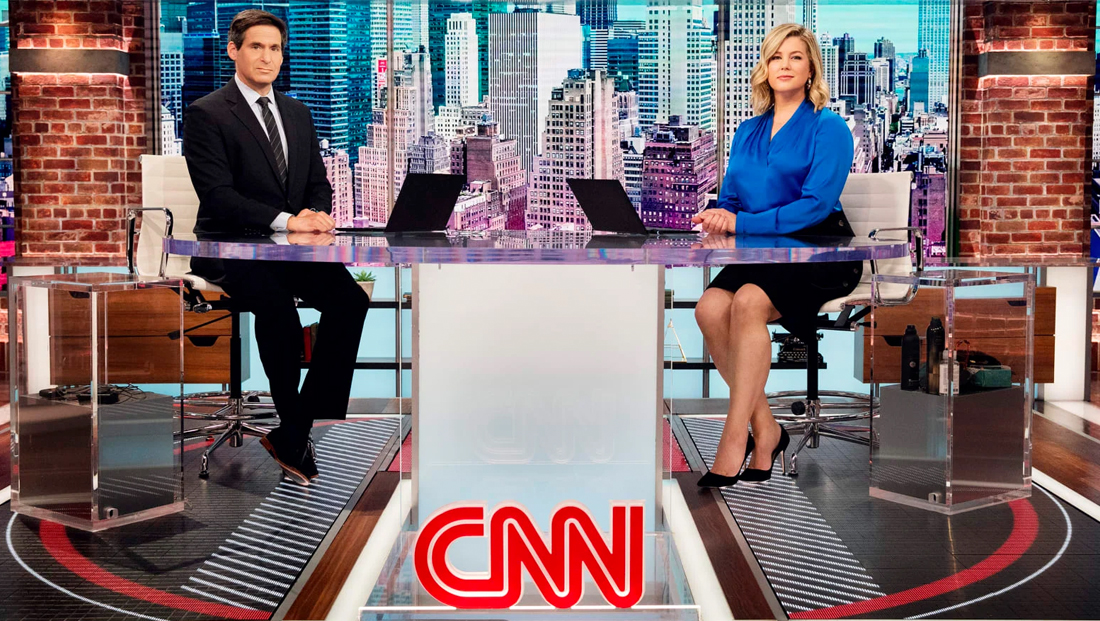 Back on April 19, 2021, CNN installed Brianna Keilar as co-anchor of its flagship morning news program, “New Day,” marking the latest talent change in what’s been a sore spot on the network schedule for years.

Now, months into the anchor change, Keilar has been mostly anchoring from Washington, D.C., and not the show’s primary studio in New York City alongside the co-anchor she joined in April, John Berman — and the ratings haven’t really improved.

Prior to Keilar’s taking over the chair, Berman typically was in the same studio as co-anchor Alisyn Camerota, who reportedly asked to be taken off the morning shift in favor of anchoring afternoons (though COVID-19 protocols did throw a wrench in that setup for a bit).

Meanwhile, the show has seen declines in both total viewers and in the adults age 25-54 demo that most advertisers target. As of July 2021, “New Day” had slipped below half a million total viewers from 6 to 9 a.m. eastern and well below 100,000 in the demo (84,000 viewers according to Nielsen data).

Those numbers were a seven year low for show.

There’s an argument to be made the talent and the chemistry between them are one of the biggest things that lead to ratings success — though that notion may have at least partially been tested during the pandemic when many top level anchors, including those at ABC, CBS and NBC, spent months anchoring from separate locations, brought together only by “boxes,” an industry term for showing two or more people on screen at the same time.

CNN, meanwhile, appeared to want Keilar in NYC for the big relaunch of the show, which it billed as a shift in direction and not just a talent change.

However, after a while, she started anchoring from the network’s Washington, D.C. studios. Back in New York, Berman continued to sit at the anchor desk, sometimes even having in-studio guests sit on Keilar’s side fo the anchor desk.

CNN’s been mum on why this format is being used.

Keilar had been based in Washington prior to the anchor change and has one child, so the network could be accommodating her until her family can make the move to New York to avoid having to travel back and forth as coronavirus cases continue to rise.

The network could also be strategically “separating” the two due to rising coronavirus concerns — or opting to have Keilar in the district to better cover the news coming out of the nation’s capital (“CBS Evening News” took this approach beginning in late 2019, relocating to Washington ahead of the 2020 election cycle — another move that failed to have much effect on ratings).

Of course, it’s always possible, especially after shows were forced into remote production during the pandemic, that having anchors in the same city isn’t all that necessary.

That said, the downward ratings trend could suggest that Keilar isn’t being embraced by viewers — some initial reviews after her debut noted her delivery style and chemistry were not a good fit for morning TV. Berman, who replaced Chris Cuomo in 2018, has been mostly positively received but also hasn’t managed to get significantly more eyeballs on the show.

It’s also not uncommon for ratings to drop after an anchor changes — sometimes after an initial spike as viewers tune in to see the new team but then return to normal viewing habits.

CNN should, however, probably be more concerned that it’s hitting record lows in the numbers.

The morning has long been the bane of the schedule for the network, with CNN president Jeff Zucker indicating it was a top priority when he took over the top spot at the network in 2013.

Before that, CNN had dabbled with offerings including “American Morning” under a variety of anchors as well as versions of “Early Start” and “Starting Point.” “Early Start” remains on the schedule right before “New Day” but has a different anchor team and format. Going back even farther, there was “CNN Early Edition” and “CNN Live This Morning.”

“New Day” itself has gone through a series of anchor changes — it debuted with Cuomo and Kate Bolduan as primary anchors with Michaela Pereira as “news anchor.” Bolduan exited after less than a year to be replace by Camerota.

Cuomo left in 2018 to permanently host an evening show on the network that has since become one of its top rated shows. Berman replaced him.

“New Day” has garnered praise for its “Reality Check” segment and saw some positive ratings signs over the years, but struggled to make inroads against MSNBC and Fox.

It appears, however, it has yet to find the right mix of talent and format.

Ironically, Zucker was once the executive producer of “Today” before going on to lead NBC News as a whole, where he was widely credited with making the network number one in the morning and evening — a dominance that has slipped since ABC in particular has invested heavily in talent and strategic formats for its competing broadcasts.