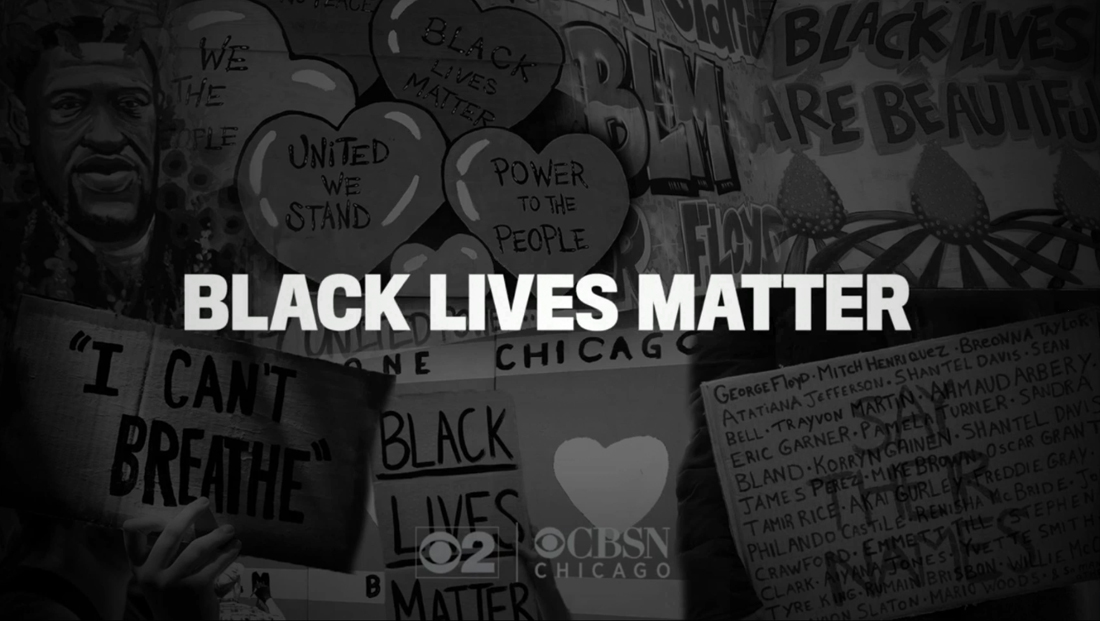 The words “Black Lives Matter” were also on screen for an extended amount of time, along with the “CBS Cares” branding.

The version below is from WBBM in Chicago and was localized with the local station and CBSN Chicago logo along with “CBS Chicago Cares” at the end.