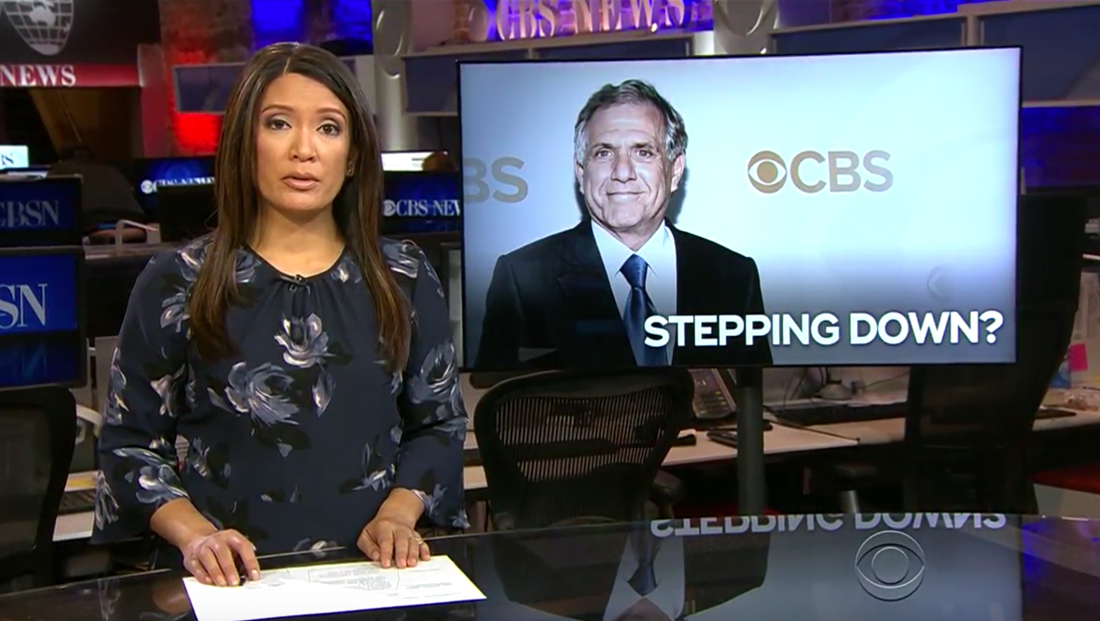 “CBS Weekend News,” the network’s weekend evening newscast, lead with the report that its own CEO and chairman, Leslie Moonves, is preparing to resign amid fresh sexual harassment accusations.