CNN anchors discuss being evacuated from the studio during live broadcast 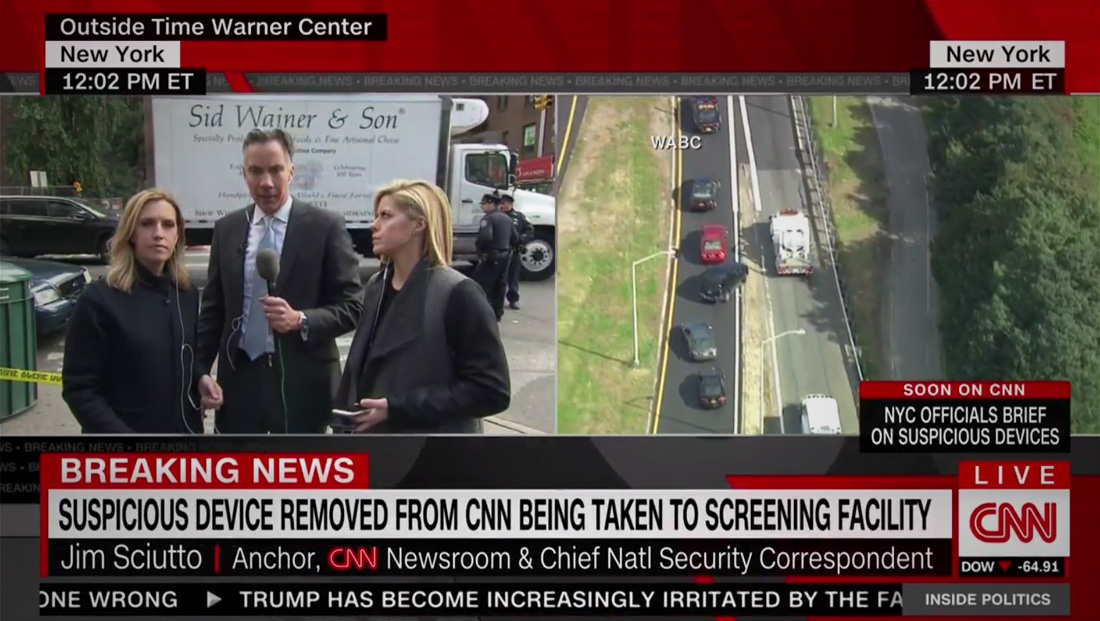 CNN anchors Poppy Harlow and Jim Sciutto were reporting on suspicious packages sent to the Clinton and Obama families when, unknown to them at the time, their own network had also received one.

Shortly after 10 a.m., the network was starting a new hour of “CNN Newsroom” when the fire alarms went off in the studio.

The moment the fire alarms went off in @CNN's #TimeWarnerCenter studios this morning pic.twitter.com/6B4J3yZLzf

After conducting a live interview with the alarms going off in the background, Harlow and Sciutto, along with other CNN staffers, were ordered to evacuate the building.

The pair quickly tossed to commercial break, with the network’s Washington, D.C. bureau taking over coverage.

Later, however, on “Inside Politics,” which normally originates from D.C., Harlow and  Sciutto, along with another New York based anchor Kate Bouldan, were interviewed about what the experience was like.