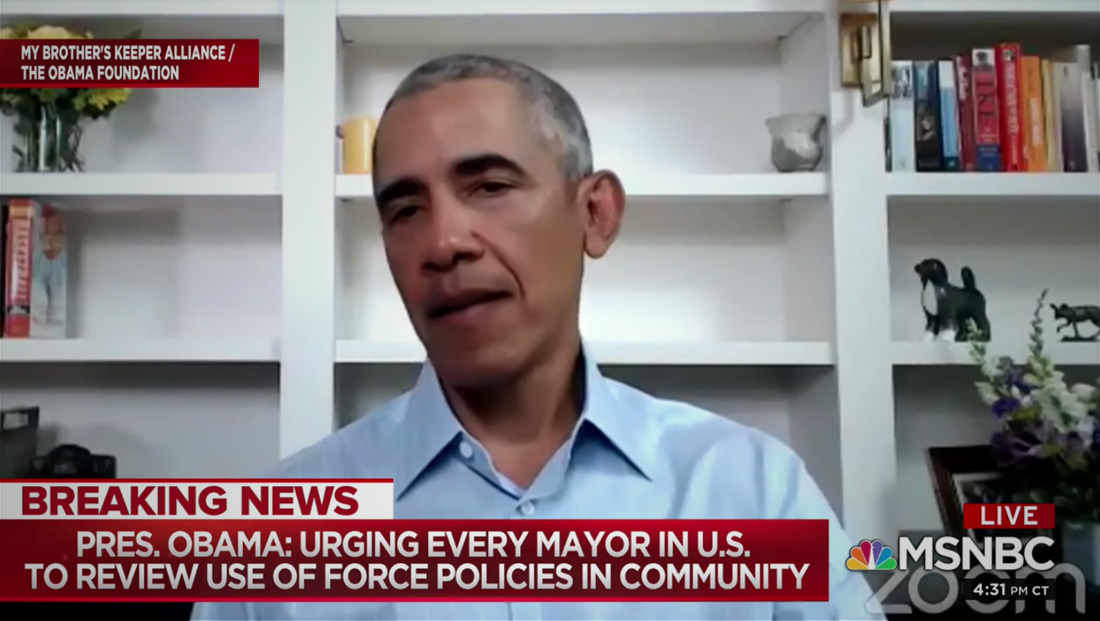 Among America’s three main cable news channels, one of them opted not to carry President Barack Obama’s streamed speech about the civil unrest following the alleged murder of George Floyd live.

Both CNN and MSNBC ran the main portion of Obama’s speech in its entirety when it started about 5:15 p.m. eastern time.

Conservative commentary channel Fox, meanwhile, did not carry the speech live, instead opting to run a short, approximately one minute clip from it during “The Five” around 5:30 p.m.

The clip was not live and the discussion ran until about 5:37 p.m. when the show went to a commercial break. When it returned, the topic shifted to “Bible blow-up” and how the “dems, media (are criticizing) Trump photo op at D.C. church.”

Fox had Juan Williams, the show’s left leaning panel member, introduce the clip and then mostly lead the discussion with the other panelists that followed.

Lawrence B. Jones, a black conservative commentator, was also on the show that day.