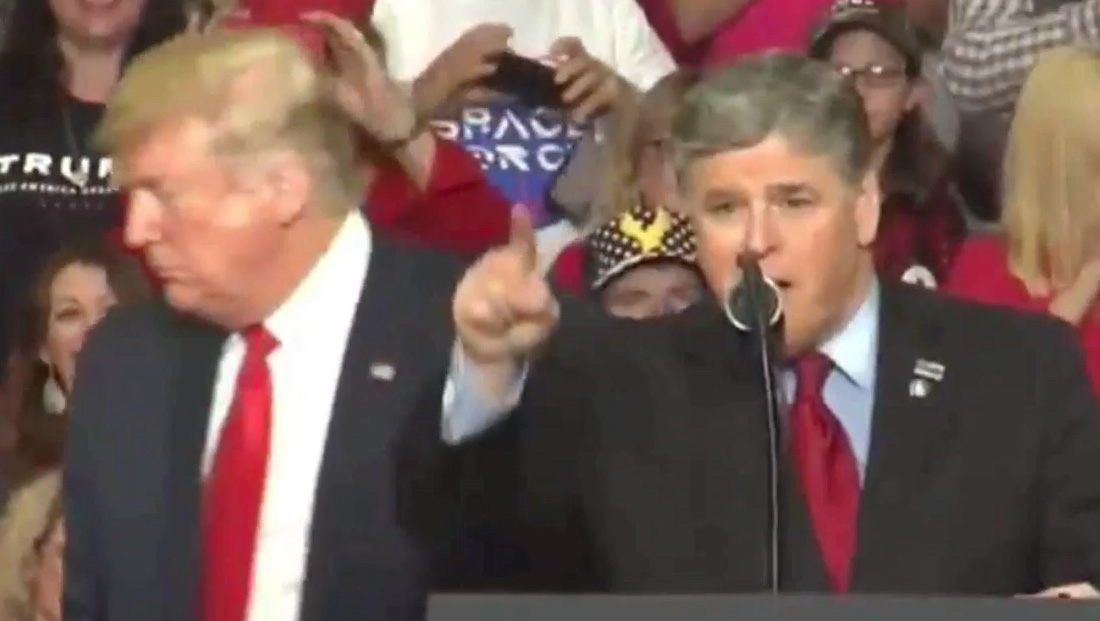 Fox News has responded to two of its biggest names appearing in a Trump rally.

Fox News: "We do not condone" Hannity participating in Trump campaign events pic.twitter.com/brz3JD3Cix