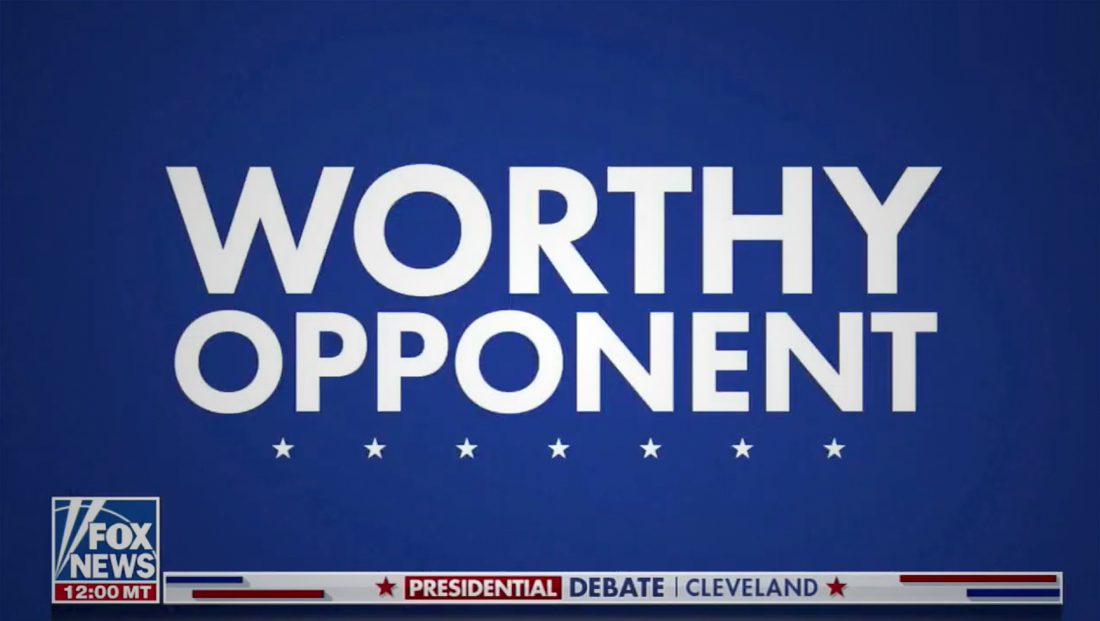 In a clocked themed open, Fox displayed a red graphic labeling Trump as “bold” while Biden was described as a “worthy opponent” on a blue graphic.

“Worthy opponent” isn’t negative per se, but it’s also not necessarily the best superlative to describe someone with decades of public service and experience in the U.S. Senate and White House (none of which Trump has).

In fact, Trump’s graphic gave his full title as a head of state — while Biden’s failed to mention any of his experience in politics.

It’s also a fair point that Biden doesn’t have the loud, brash personality Trump does, which could be what “bold” was referring to.

While the open did acknowledge the challenges facing the country now and that Trump is “under fire,” it also edited in a clip of Donald Trump Jr. calling Biden “the Loch Ness monster of the swamp” (which was a sort of backhanded way to acknowledge his experience).

Clips of Biden and his supporters used in the open did not include any direct attacks on Trump.