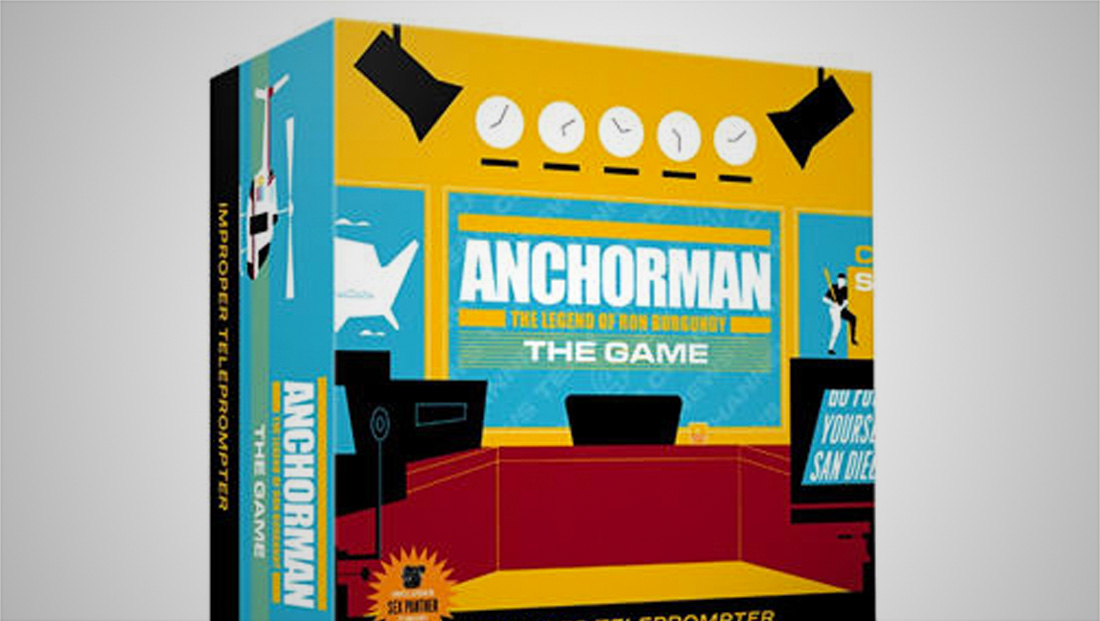 It looks like ‘Anchorman’ movie will become a party game

A Kickstarter backed project is hoping to release “Anchorman: The Game.”

Assuming it’s successfully funded, the game, which is officially licensed, will be an “adult party game where you sabotage the other anchors’ news stories to try and make them laugh,” reads the website.

“If they laugh, you score. If they keep a straight face, they score. Whammy!” it adds.

The idea is taken from the “Anchorman: The Legend of Ron Burgundy” plot point that involves the titular character reading whatever is on the teleprompter.

The campaign page says the game will include 120 news stories and a “Sexy Panther” timer — the latter being a reference to the cologne Burgundy’s colleague Brian Fantana uses in the film.

As for gameplay, it appears the game will make use of magnetic “scripts” that are filled in mad lib style.

Pledge levels start at $26 (appropriately titled “I Love Lamp”) and includes the game at a lower price than the anticipate retail cost.

For $10 more, you can get the “deluxe” edition that includes an exclusive, upgraded Sexy Panther timer with a red collar along with additional pieces.