Jeanine Pirro claims this impossible figure as the number of abortions per year in the U.S. 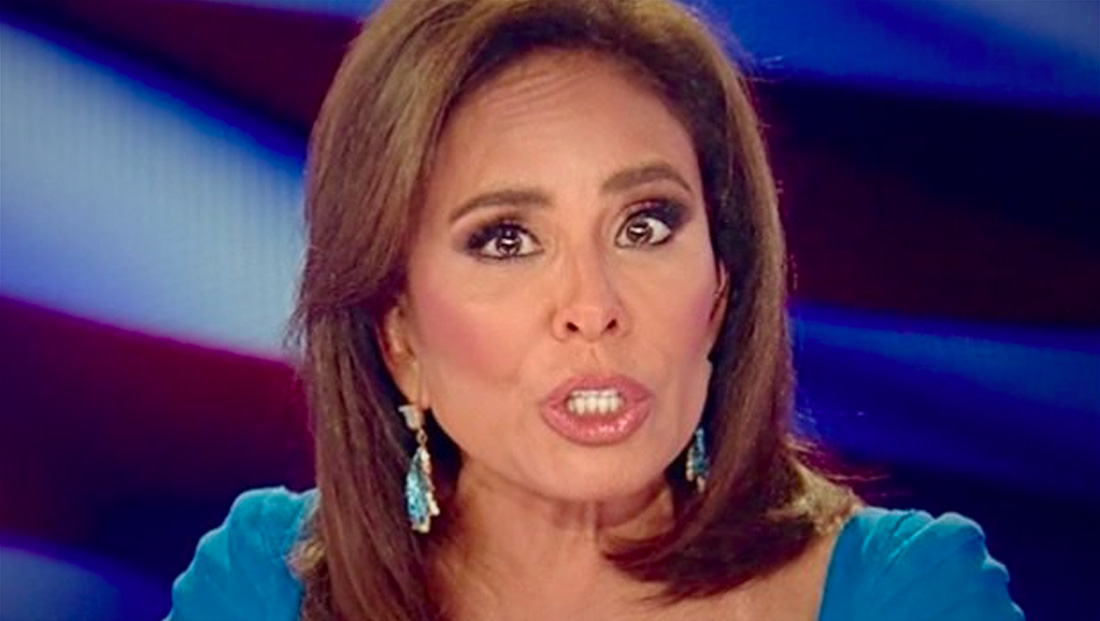 Fox’s Jeanine Pirro shocked her co-hosts on the “The Five” with stats she “heard” about the number of abortions performed in the U.S. each year.

“And my stats, that I have, are that there are 63 million abortions a year in this country,” she proclaimed while shuffling through a stack of papers. Another host could be heard exclaiming “oh!” in the background at this point. “Those are the stats that I heard. That’s a little too much.”

Pirro was citing a figure generated by the right-leaning Right to Life Committee that used a variety of data sources, including the CDC and Planned Parenthood, that estimated there have been 63,459,781 abortions in the U.S. since 1973 — or a period of 49 years. In fact, one of the top results when searching for information about the number of abortions per year is a Fox article that cites the same report.

The Daily Beast’s Justin Baragona was one of the first to point out the error.

It’s not immediately clear if that number was printed on the papers Pirro had on set and, if so, was provided by producers with that incorrect label or she read the data wrong. She did rely on the papers when citing passages from the leaked Supreme Court documents that surfaced May 3.

In fact, the abortion rate in the U.S., commonly defined by the number of abortions per 1,000 women, has largely dropped since peaking in the early 1980s, though shifts in how the data is compiled and reported over the years mean some states’ numbers have been excluded during certain portions of past decades, but the overall normalized data trend shows a continual overall drop.

In recent years, estimates range from 600,000 to 800,000 induced abortions per year, which, even if they are being underestimated, is still significantly less than the 63 million Pirro proclaimed as fact.

Jeanine Pirro: "And my stats that I have are that there are 63 million abortions a year in this country. Those are the stats that I heard! That's a little too much!"

Maybe because those are the estimated abortions total since Roe v. Wade passed in 1973! pic.twitter.com/PCRy7USP9F

There are a variety of factors that likely went into those trends, but abortion-rights activists argue the downward count is likely due to increased access and education around birth control and sex education.

All that said, no matter what your views on abortion, it’s pretty safe to say that 63 million is a long way from being accurate in the context Pirro used.

If Pirro’s figure was true, that would be approximately 20% of the entire American population (male and female) would have had an abortion in a single year — and nearly 37% of females (no matter what age) would have had one.

Obviously, using those population pools isn’t realistic since a good portion of those people are not physiologically able to conceive a child (but they’re being included here to show just how ridiculous the claim is if Pirro had stopped for a moment to consider the numbers she “heard”).

Put another way, the 2020 census estimated there were 64,543,832 women between the ages of 15 and 44, a demographic age range that some define as “childbearing age” — meaning that 98% of women in the age range most likely to be able to carry a child would have had an abortion — and only 1,084,051 births would have resulted — and that’s assuming every single woman in that range became pregnant (which they didn’t).

Obviously Pirro either didn’t read the data she was citing carefully enough or was so caught up in the heat of the moment that she misstated the facts — and it appears at least one of the show’s right-leaning hosts was shocked by the figure, a similar reaction the network is probably hoping to get from its audience who likely won’t bother to check the numbers.