‘Jeopardy!’ dedicates its home studio as the ‘Alex Trebek Stage’ 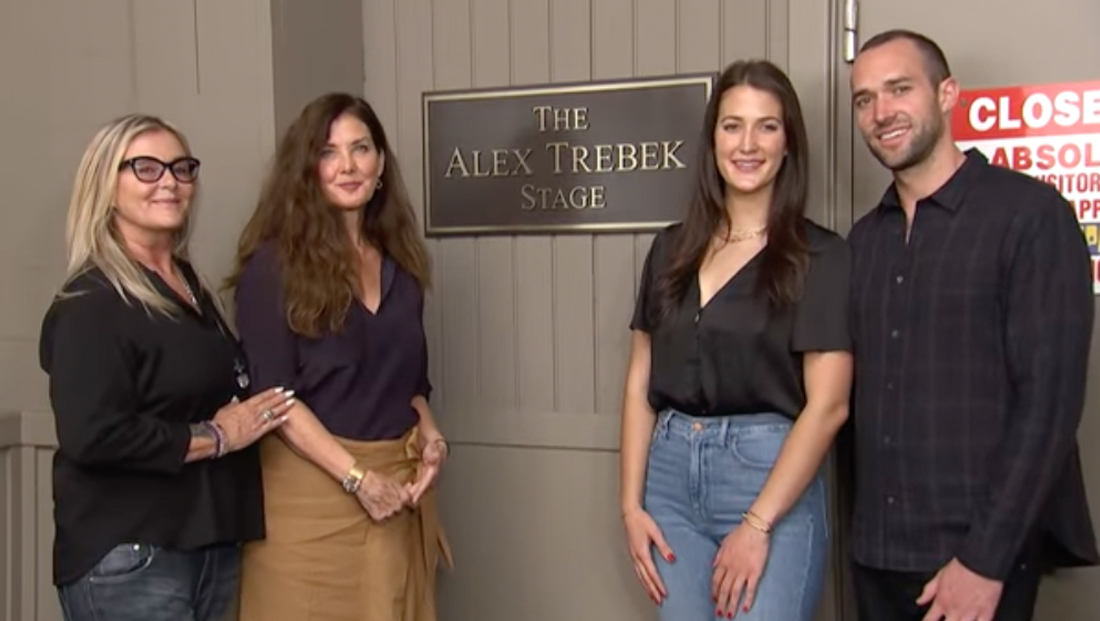 Sony Pictures Television has renamed Stage 10 at its Culver City lot in honor of the late Alex Trebek.

Stage 10 was home to “Jeopardy!” since it moved to the facility in 1994 and has now been renamed the “Alex Trebek Stage” and has had a commemorative plaque installed outside one of its entrances.

Members of Trebek’s family were on hand during a small dedication ceremony Sept. 13, 2021, the day “Jeopardy!” is set to debut its 38th season.

The first five episodes of this season will feature Mike Richards as host; they were taped before Richards quit as host and was then let go as executive producer after his controversial hire to take over from Trebek after his death in late 2020.

After that, Mayim Bialik, will host for three weeks, after which the show plans to use a rotating series of guest co-hosts. Even as the show readies to debut, reports have surfaced that “Jeopardy!” champ Buzzy Cohen is currently the favorite to take over permanently.

Bialik and Ken Jennings were also reportedly high on the list, but Bialik has potential scheduling conflicts with sitcom “Call Me Kat” and some view her past comments on vaccines are problematic.

Jennings reportedly fell out of favor after old tweets of his resurfaced making fun of people who use wheelchairs, among other comments.

Meanwhile, fans have continued to lobby for former “Reading Rainbow” host LeVar Burton to take over.

Sony, which produces “Jeopardy!” along with “Wheel of Fortune,” owns the facility, which was originally built for MGM.

The lot is also home to “Shark Tank” and the current version of “Who Wants to Be a Millionaire” and the now canceled “Queen Latifah Show” and “Chelsea.”