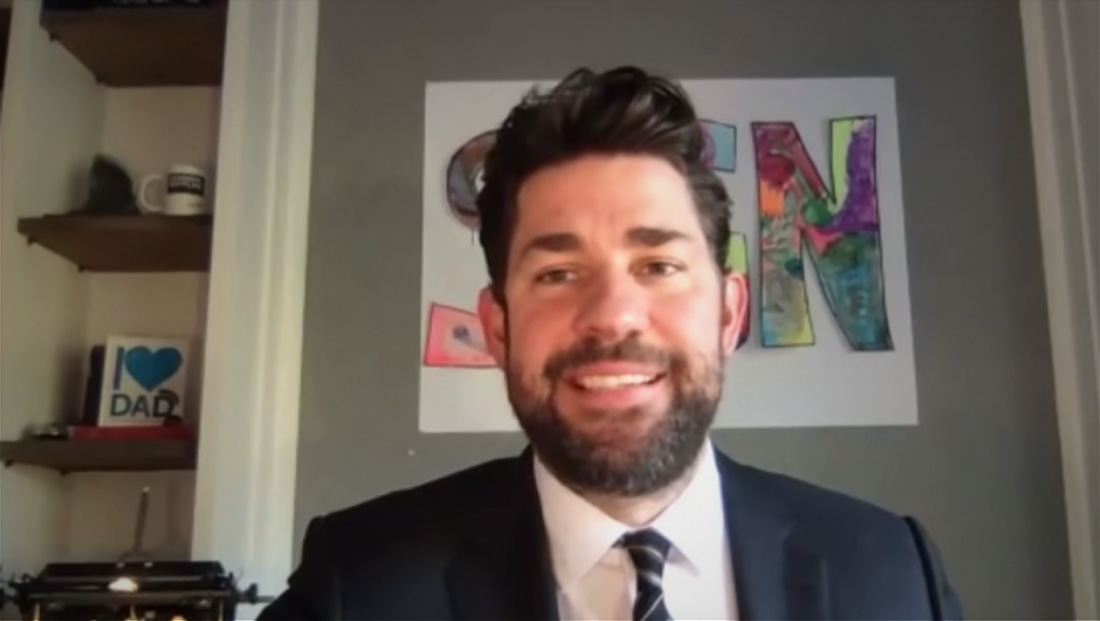 “We’re starting a news network just for good news, and boy, are you good news,” Krasinski tells his former “Office” co-star Steve Carrell in an interview on the first episode of the show.

The idea stems from sharing news that isn’t related to coronavirus infections, death rates and similar news but rather focus on the “good” in life.

To create the “graphics” and “open” for the show, Krasinski turned to his kids.

It’s not immediately clear how long the show (or “network”) will continue — but there is certainly is both an immediate and long term need for this type of programming.

“Anchorman” fans should also be on the lookout for an easter egg from the film behind Carrell’s live shot.