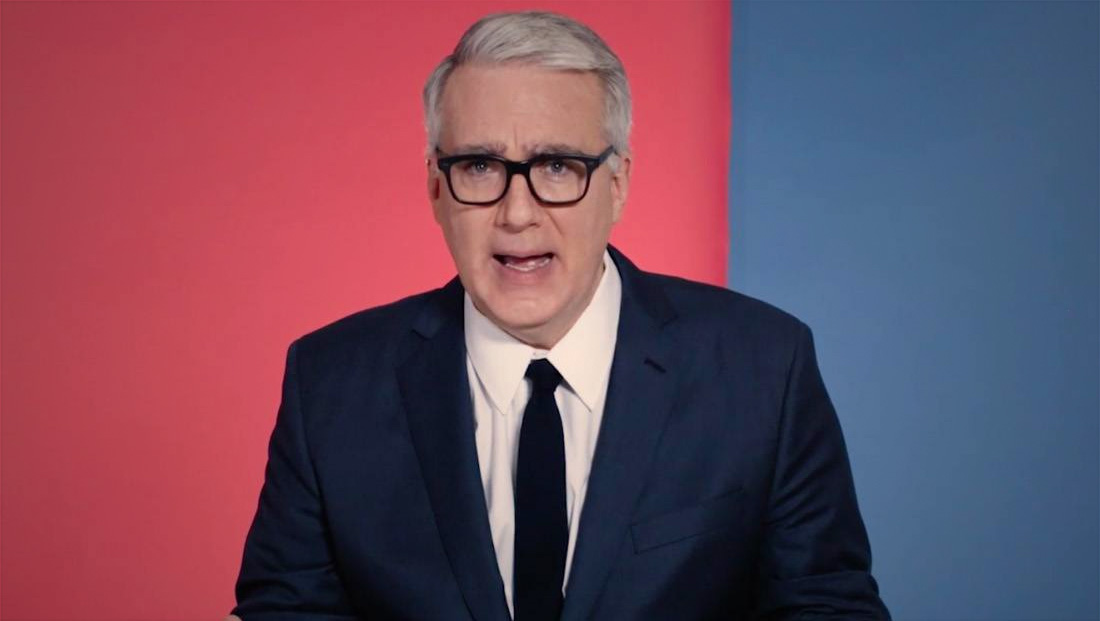 Following a report that Keith Olbermann was in talks to return to MSNBC but that idea was nixed by Rachel Maddow, Olbermann himself took to Twitter about what he claims happened behind the scenes.

In a Twitter thread posted March 17, 2022, Olbermann started by making six key points about a potential return to MSNBC.

First, he confirmed he is not, in fact, returning the network but does acknowledge there were “serious” talks with the network about a return.

He then accuses NBC of lying “through its teeth” by denying they took place and execs blaming the breakdown on Maddow.

His final point notes that after he was axed from MSNBC in January 2011, Comcast reached out to see if there was interest in him returning less than a year later — in September 2011, seemingly suggesting that the network may have had second thoughts after ending his high rated show.

A thread about returning to MSNBC.

A) I'm not
B) Yes, there were talks
C) Yes, they were serious
D) Yes, NBC lied through its teeth denying them
E) Yes, NBC blamed the talks' failure on @Maddow
F) I left in Jan. 2011. Comcast first reached out about my returning in…Sep. 2011🤷

Olbermann links to a variety of recent press about what reportedly went down between him and NBC, but adds his own clarifications.

He says The Daily Beast report is the closest to getting all the facts straight, while claiming Puck News’ story is “filled with origins but misses key stuff.”

Olbermann says that one of his reps met with NBCUniversal News Group chairman Cesar Conde in October 2021 for a “joint strategy to get around what Conde was quoted as describing as the roadblock to a redux: Rachel Maddow’s ‘ill will’ towards me.”

He continues by laying out a series of events that followed, including his rep reportedly reaching out to former MSNBC president Phil Griffin who had worked on Olbermann’s first MSNBC show from 1997 to 1998.

He claims Griffin is now “Rachel’s business partner even though he was one of the execs desperately opposed when I wanted her to become my guest host.”

“A week later (Olbermann’s rep) reported back — to NBC — that Rachel did not approve. The end.”

Olbermann does appear to take at least some responsibility for the ill will between NBC and him by noting “(Incidentally I probably started the disharmony between us with some dumb strategic moves when I took Countdown to Current TV. But I never did anything like this shit).”

In the thread, Olbermann particularly takes issue with Puck’s claim that he was “jonesing” to return to MSNBC. “If I’d been ‘jonesing’ I would’ve accepted the 2016 offer from then NBC News Capo Andy Lack to do a 10 PM show (with a conservative cohost and no commentaries),” he wrote, claiming that Lack also wanted Olbermann to “prove” he was serious by moving to Los Angeles to produce the show.

“I told him he needed to prove he was as serious as I’d been in my previous tenure, so I’d go, but only on an 8-year contract,” Olbermann wrote, also saying that Lack had already picked a name for the show — “The Last Word” — and a co-host, right leaning pollster and commentator Kristen Soltis Anderson (“The Last Word” would eventually become the name for a show hosted by Lawrence O’Donnell).

After that deal fizzled, a two and half year string of “talks” started again later, right through the start of the coronavirus pandemic in 2020 and when Maddow signed her new deal with NBC that included ending the nightly version of “The Rachel Maddow Show.”

He then goes on to praise Chris Hayes, a current MSNBC anchor, for refusing to fill in for him the night NBC “tried and failed” to suspend Olbermann, but also noted his show’s ratings stalled. Olbermann claims that move cost MSNBC about $11 million, though he doesn’t go into detail behind that figure.

“I mentioned that Comcast upper management reached out in 2011 about my returning, then cooled because they had a crazy NBC News president who apparently threatened to quit (they later supposedly fired him for telling his boss he wouldn’t work for any woman, especially her),” a tweet in the thread reads.

Steve Capus was president of NBC News from 2005 to 2013, though it’s not clear if he is the “crazy” person Olbermann is referring to, though he clarifies the woman he mentions was Patricia Fili-Krushel, who was chair of NBCUniversal News Group at the time, who had also been in a third set of talks with Olbermann about a return.

However, the Brian Williams “conflation” scandal broke out around that time and Fili-Krushel was replaced by Lack.

Olbermann ponders why an unnamed MSNBC spokesperson would “flat out (lie)” to Puck by saying “there was never any serious consideration of Kieth (sic) Olbermann returning.”

“t the October meeting, Condé said nobody could know HE was negotiating for/with me. You can probably guess whom he wanted to not know,” Olbermann tweeted in response to that claim.

“Now that you’ve invested an hour, I’ll wrap this up with the note that AFTER it all collapsed I wrote a note to Rachel, a full apology for the divisions that have seen us not speak since 2011. It was hand-delivered and she confirmed she got and read it. She never replied,” the next tweet reads.

As he begins to wrap up the 21 tweet thread, Olbermann writes that when “Rachel was a contributor to Countdown @msnbc told me they’d pay her. One 2008 primary night I discovered to my horror that they’d lied and when Larry King offered her cash to be on HIS panel she accepted. $250. I believe I blacked out.”

“I really did threaten my bosses with quitting on air, and harming them. And I called her and guaranteed her a contract and everything I had in my wallet except a $5 I needed to tip my driver. So I kept her from leaving for CNN and hired her out of my own pocket for…$437,” he added in the next post.

All of the claims were made by Olbermann and represent his perspective of the ongoing situation and it’s unlikely they could ever be fully verified on the record.