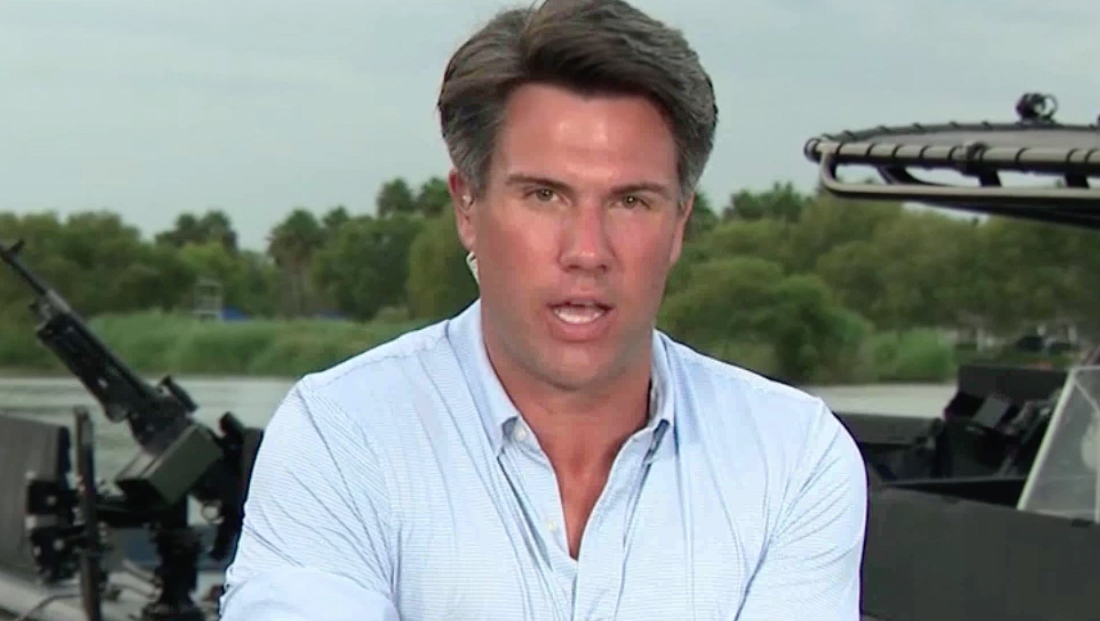 During the end of NewsNation’s “On Balance with Leland Vittert,” Sept. 27, 2021, which was airing live from Mission Texas, the network experienced an awkward handoff to its new show, “Dan Abrams Live.”

Vittert had been dispatched to Texas to cover border and immigration issues and broadcast with his shirtsleeves up in front of a heavy duty armed boat.

As he wrapped his show and the network prepared to go to the premiere of “Dan Abrams Live,” the video feed briefly went black, although the audio and graphics were still visible.

He then tossed to Dan Abrams but was left on screen for a painful several seconds (and eternity of “dead air” in TV time) before Abrams abruptly appeared on screen.

It’s not immediately clear what caused the glitch, but the network obviously needed to switch from a remote feed from Texas to one from New York, likely from its master control setup in Chicago.