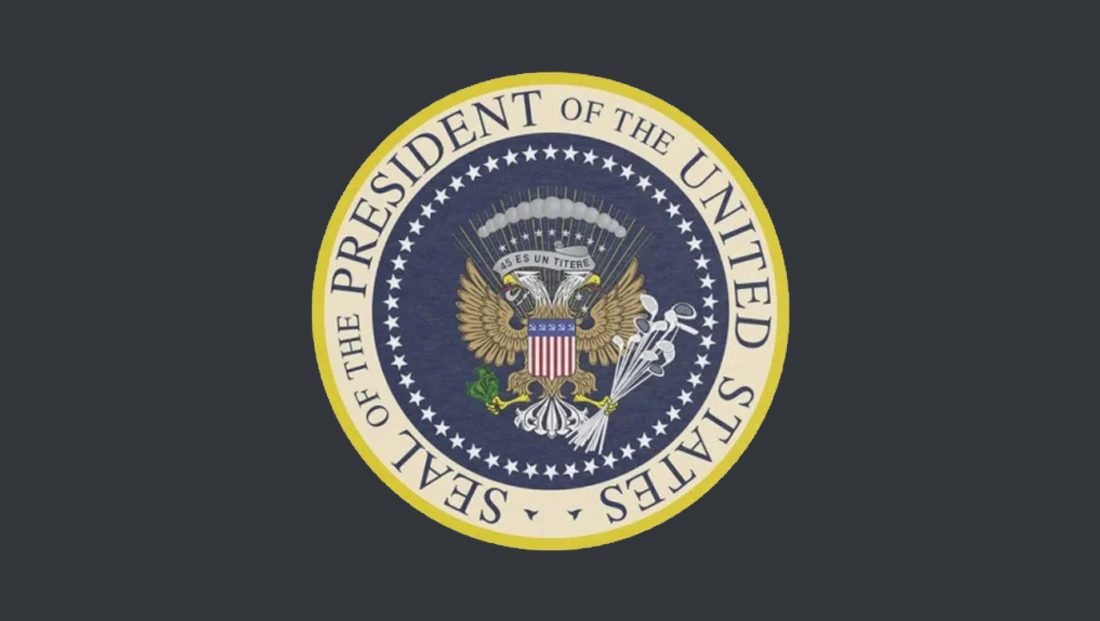 After Donald Trump stood in front of a doctored presidential seal, the person behind the design has been found.

Graphic designer Charles Leazott was revealed as the creator of the design, though he was not involved in the production of the Turning Point event where it popped up.

Leazott says he created the seal in late 2016 as a way to “vent” and entertain his friends and family.

He never imagined it would end up on stage behind Trump.

At the time, the design was popular enough for Leazott to launch a Shopify store, one-term-donnie.myshopify.com, featuring it and other designs.

Although he “forgot” about the store in the interim, it has since been revived and updated to include a reference to the graphical gaffe at Trump’s event — and probably is doing brisk sales.

The site is, according to a banner on it, donating 10% of profits to the ACLU.