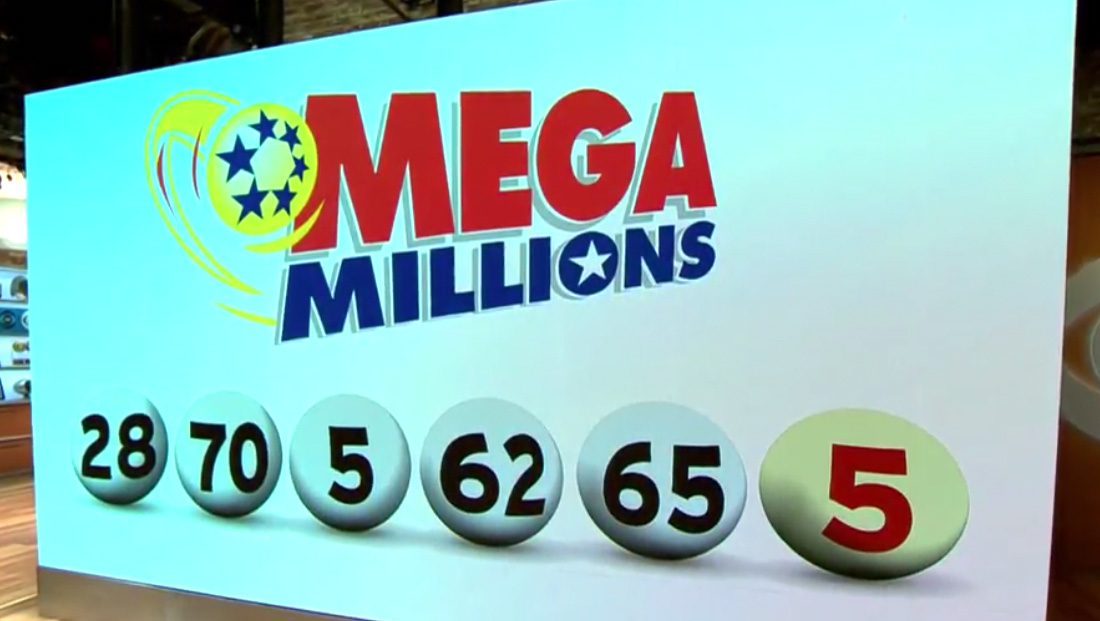 The Mega Millions lottery has found itself the source of mega confusion after a live announcer mistook a “9” as a “6.”

Like many games of chance, the multi-state lottery offers live broadcasts of the numbers being drawn on-air. These feeds are typically picked up by one station in each market.

However, when the gold Mega Ball was drawn, host John Crow incorrectly read it as a “6.”

Like many lotteries, Mega Millions uses numbered balls that tumble around in a chamber. There is then a mechanism, either controlled remotely or done by a person in the studio, that opens a “shoot” that one of the balls can pass through, typically one at a time.

Combined with the motion of either the tumblers or balls being tossed around in the chambers by air blowers, the ball that happens to pass through that opening at the time it opens becomes part of the winning sequence.

Because balls are, by definition, round, and there’s no way to guarantee that the numbers will always end up right side up, many lotteries put a line under all or some of the numbers printed on the balls. This is especially true for “6” and “9” because the two numbers can be easily mistaken when inverted.

Mega Millions actually puts an underline under all of its numbers, presumably to prevent, for example, “18” being read as “81.”

The lottery uses a separate tumbler with a separate set of numbered yellow balls for the Mega Ball and only one ball is allowed to pass through and becomes that day’s winning number.

However, Crow read the “9” as a “6” despite the fact that, as another precaution to make sure numbers are identified correctly, there are multiple underlined “9”s visible on the ball that rolled out of the tumbler.

Lottery drawings are typically done live or offered on a slight tape delay. Many televised lottery drawings will also replay the drawing immediately after the life one ends to give stations flexibility on when to air it.

This means that numbers are also called live and a graphics operator also has to enter each number as it is called almost immediately, requiring careful attention to detail and fast fingers.

Mega Millions later clarified that the gold ball should have been a “9.”

Most televised lottery drawings include a disclaimer that numbers are not official until validated, a task that often falls to an outside firm to ensure fairness.

This typically requires having someone go back and review recordings of the drawing and verifying that each number was called correctly, which can sometimes include separate cameras set up just for this purpose and not used on air. In other cases, there may be a witness in the studio who also has to sign off the numbers as part of the verification process.

In at least some cases, some lottery outlets paid out smaller winners in the May 10 drawing based on what was later determined to be the incorrect number. Most lotteries allow smaller value prizes to be paid out of the cash drawers of any retailer that sells tickets, but the bigger prizes have to be claimed directly with the lottery operator.

Mega Millions said that any payments made to players turning in tickets with the “6” will be paid out of a special reserve set aside from unclaimed tickets and won’t affect the causes that states often use the proceeds from ticket sales minus winnings to support. Taxpayers will also not be stuck with the bill.

In the video version of the drawing posted online, the incorrect call is still shown and heard, but a disclaimer was added along the bottom of the screen explaining the error.

After issuing the corrected official number, there was no winner of the $86 million haul. The drawing now increases to $99 million Friday, May 13, 2022 — and hopefully will end up being called correctly.

This isn’t the first time a lottery drawing has run amok on air — and likely won’t be the last. Announcers and hosts have misread numbers before or the wrong numbers have appeared on screen. On rare occasions, the graphics operator has typed in the wrong number, though some systems allow it to be corrected on screen almost immediately if the error is caught.

Sometimes lottery drawings even have to be delayed due to technical issues or problems that pop up with the official rules.

For example, Powerball drawings have sometimes been delayed because of security protocols put in place to ensure the fairness of the game were not met by the time the drawing was to start.

These protocols typically include safeguards that each participating state must meet in order to provide an auditable trail to document the numbers printed on each ticket sold as well as other procedures. In cases where a drawing cannot be held, the drawing may air an on-camera explanation of why the drawing is delayed or display a graphic.

As a multi-state lottery, Mega Millions, like its counterpart Powerball, is run by a consortium of states, most of which also have their own state level lotteries that features tickets only sold in that state.

Participating states split revenue from the games after prize and retailer commissions are paid out.

Some lotteries have moved to computerized drawing methods that rely on a variety of methods to randomly “draw” numbers.

This can help reduce human error because the numbers shown on screen and even pre-recorded audio snippets of an announcer saying each number can be automatically played by a computer.

However, computerized drawings are sometimes viewed with skepticism by players despite numerous layers of security and quality control that are in place to ensure the numbers truly are drawn fairly.

For example, lottery computers are typically kept isolated in a secure room and require two or more people to activate. Any changes to the programming typically must be done physically on site and requires the sign off of two or more independent companies to perform.

One of the challenges of computerized lottery drawings is that, in computer science, there is technically no such thing as a truly random number, because most “random” number systems generators require some datapoint as a “seed” or starting point to generate a number off of.

These systems can use a variety of workarounds to getting that point, such as using the date and time the program was executed (this method isn’t typically used by lotteries) or more advanced systems that use atmospheric noise converted to numerical values as a starting point.

Atmospheric noise is considered one of the most reliable way to generate a random number via a computer, though, ironically, it is technically impossible to prove just how random a random number generator is.

Some lottery systems have also used multiple computers or layers of programming that leverage two or more computers or operations that spit out random numbers one after another independently of each other. There is then a separate computer or operation that then uses a separate RNG to pick where the next number should come from, adding a separate layer of so-called randomness.

There is some debate on whether this truly results in more random numbers and some view it as simply for show to help build confidence in computerized drawings.