MLB app will let fans clap, cheer and boo virtually — and hear it on live TV 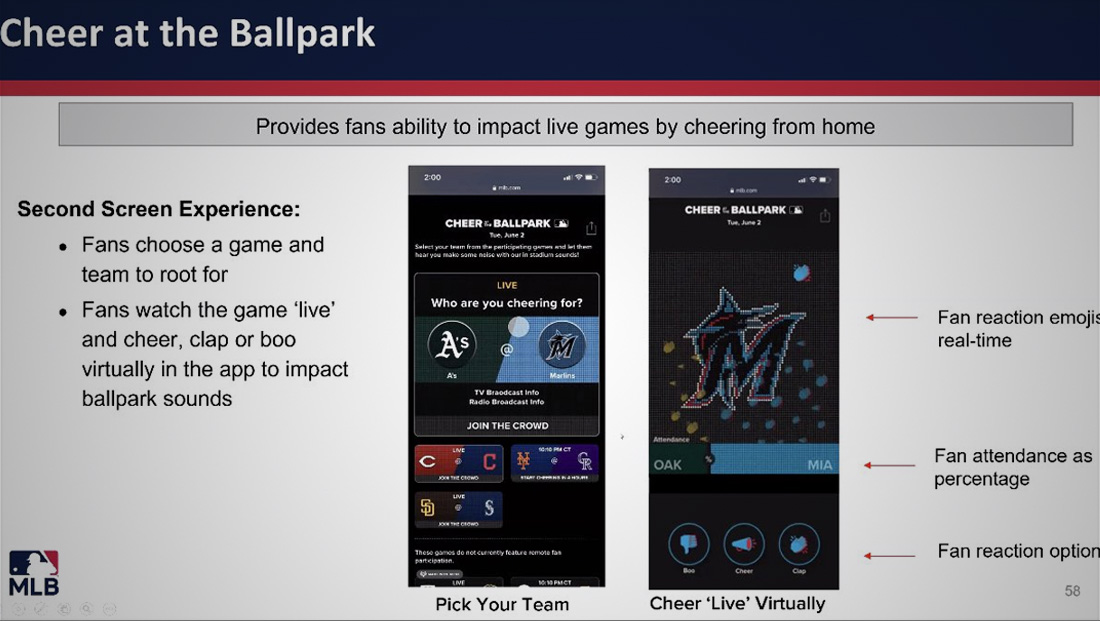 With coronavirus eliminating or reducing spectators during most pro sports games, the MLB has announced a way for at home viewers to influence the simulated crowd noise that is added to live coverage.

Through the MLB app, users will be able to select a team to support and then be able to tap to clap, cheer or boo.

Meanwhile, the broadcast team will be able to monitor the realtime signals from at home viewers and adjust the sound effects that play out on the broadcast.

New innovation from Major League Baseball will allow fans to cheer or boo in their app, ballpark staff can then match that up with the volume in the stadium. pic.twitter.com/YxqKTR7lYt

It’s worth noting that the feature does not appear, at least in the preview shown to media, to be directly tied into the audio systems.

The preview specifically notes that staffers “use” the realtime “sentiment” to control and vary the sound effects.

Some broadcasters use realtime view feedback, such as during presidential debates, to display realtime viewer response on screen.