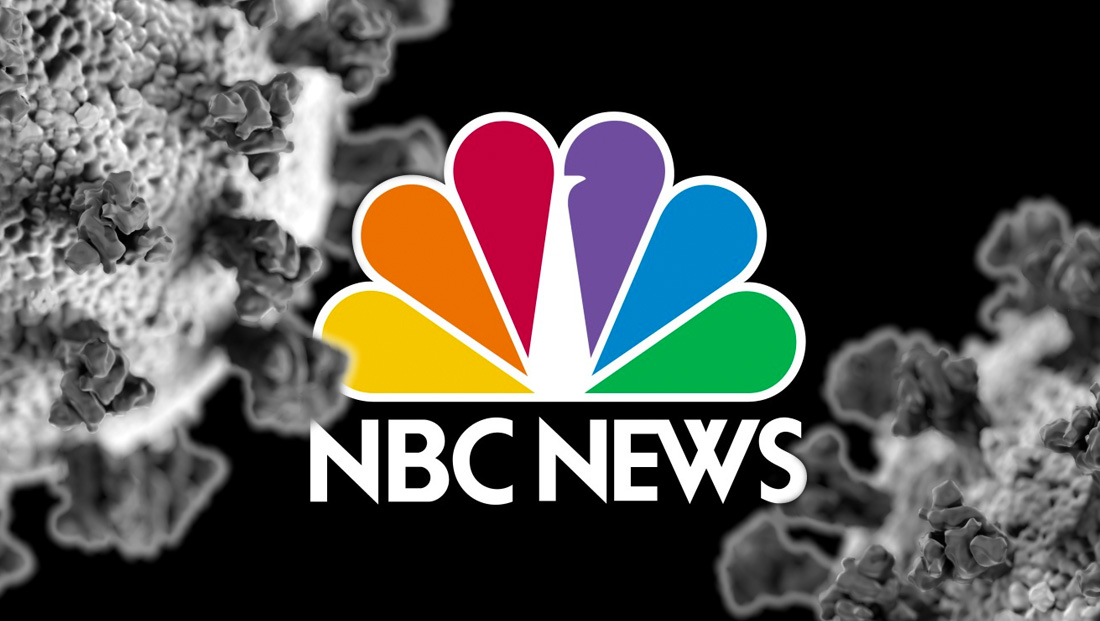 The special used a white U.S. map background with proportional red circles centered around the various epicenters across the country.

Both NBC and MSNBC have been using a color coded world map during select segments.

Like previous specials, the network’s “Coronavirus Pandemic” branding was used.

An extended open with stylized imagery and dramatic musical bed was used for the April 7 version.

The specials have been airing on NBC and MSNBC and streaming on NBC News Now.

NBC has partnered with Facebook to produced the specials, mainly leveraging the company’s social media platforms to gather questions from viewers.