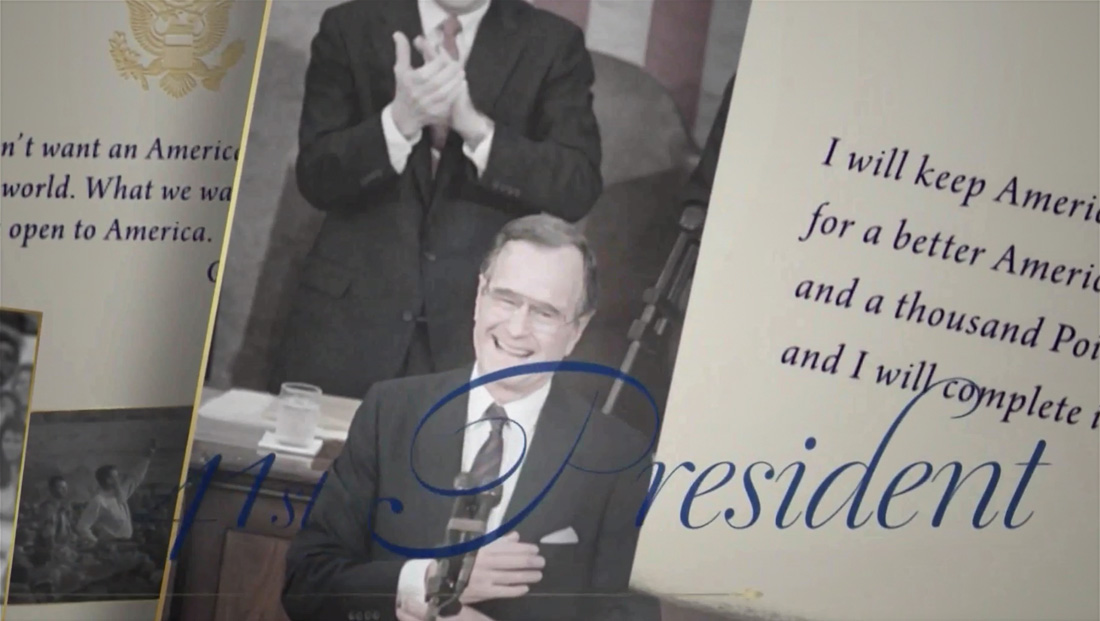 The animated open started with portions of the quote “We are a nation of communities … a brilliant diversity spread like stars, like a thousand points of light in a broad and peaceful sky,” shown on screen, though the entire quote was not visible.

“We don’t want an America that is closed to the world. What we want is a world that is open to America” was shown next. These first two quotes are especially pointed during the current debate over immigration and nationalism.

The sequence ended with a quote from Bush’s speech to the 1988 Republican National Convention: “I will keep America moving forward, always forward, for a better America, for an endless enduring dream and a thousand Points of Light. This is my mission, and I will complete it.”

Fox News, meanwhile, also used a quote in its open but one with more religious undertones.