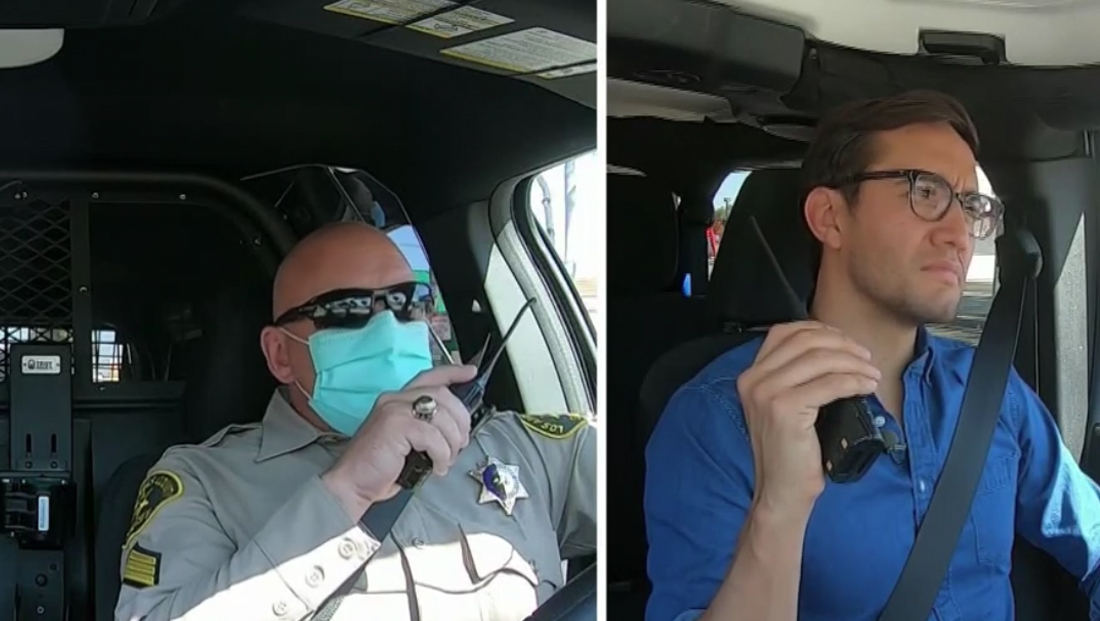 Schwartz was reporting on how the sheriff’s officers are patrolling to help enforce social distancing and handing out face masks during the coronavirus pandemic.

Because of social distancing rules, Schwartz was actually in a separate vehicle driving behind the sheriff departments — he called it a “follow behind.”

The two were communicating via handheld radios.

The officers in the law enforcement vehicle were also wearing face masks, likely since they were in such close proximity to each other and also had to get out to interact with the public, while Schwartz, who was riding solo, did not have a mask on while in the vehicle.

Both vehicles were outfitted with high quality cameras that could capture the occupants as well as views of the streets.

Schwartz isn’t the first reporter to get creative with social distancing for interviews — a Chicago reporter interviewed a man from across the parking lot — with the mic on a stand near his vehicle.

Crews are also using professional booms, as well as makeshift ones, to interview people — as well as conducting interviews from safe distances but still capturing the cross shots. Interviewees may hold their own mic, have a lapel one on or or have audio captured via a mic on a boom.