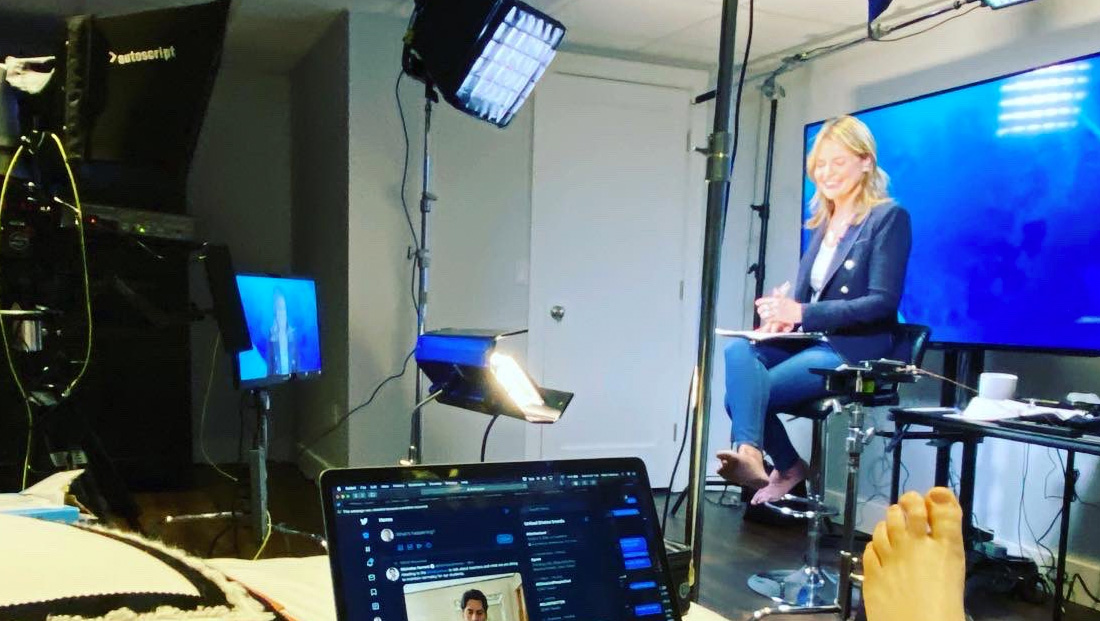 Live… from my basement… this is TODAY. Big shoutout to my husband @feldmike who has turned into producer and technician!! pic.twitter.com/HqsnH4ZmJn

An NBC crew set up a home studio for her with professional lighting and a robotic PTZ camera in just a few hours after Guthrie reported feeling under the weather.

The network had Guthrie sitting in front of a video screen with coronavirus branded graphic and she would appear in split screen with Guthrie as well as in one shots.

Guthrie’s husband, Michael Feldman, was on hand, sitting on what appears to be a guest bed, serving as a fill in on site producer, according to a tweet Guthrie sent.

Guthrie’s audio seemed to have a bit of an “echo” but otherwise the setup was fairly indistinguishable from her not being in a professional studio.

“Today” co-anchor Al Roker delivered the weather from home March 17, 2020, while he is self isolating after coming into contact with a colleague who tested positive for coronavirus, but NBC did not, presumably for safety reasons, send a crew to create a makeshift studio. Instead, Roker used an iPad to place a video call into the network.