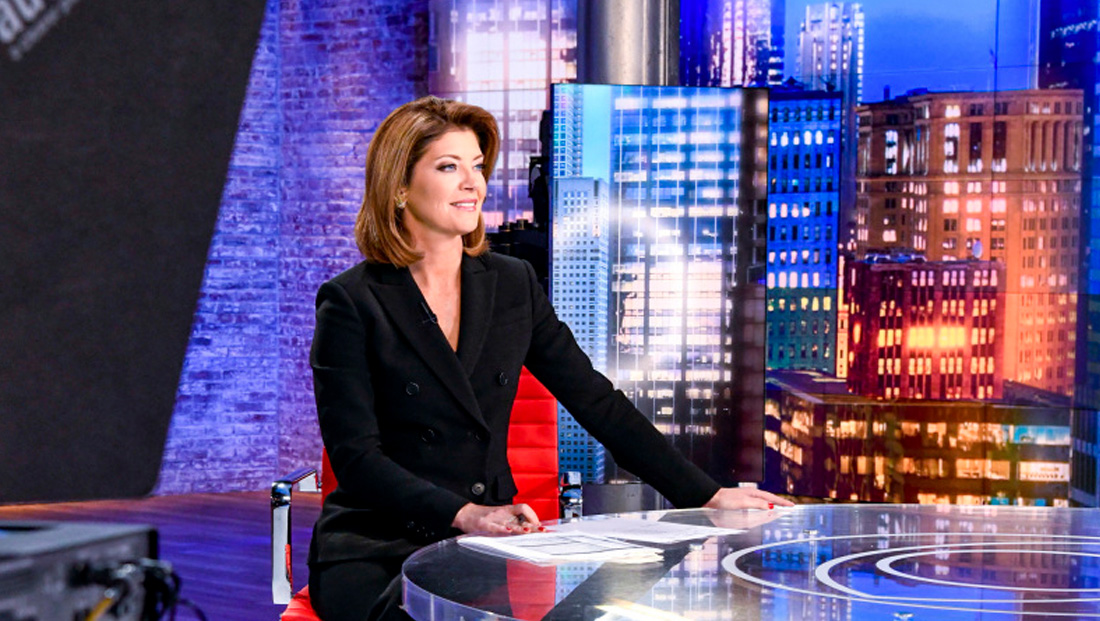 “CBS Evening News” anchor Norah O’Donnell and CBS News have reportedly signed a new contract for her to remain at the network beyond the 2024 elections.

O’Donnell’s contract with CBS was reportedly up in May 2022 and multiple reports over the past weeks had indicated she might be replaced at the anchor desk.

News division co-president Neeraj Khemlani was reportedly interested in exploring other anchor options given the comparatively high cost of O’Donnell’s paycheck compared to her ratings.

“CBS Mornings” co-anchor Tony Dokupil was tossed around as a possible replacement in the press and it was also reported that CBS News execs also talked with former NBC anchor Brian Williams about the job.

Dokupil was possibly a long-shot choice, though he has been making prominent appearances across the network from Ukraine in recent weeks even as O’Donnell remained missing or remained in the studio in the early days of the conflict. Williams reportedly declined the opportunity.

Other sources pointed out that the network felt it could significantly reduce its costs by terminating O’Donnell’s contract and replacing her with a less expensive anchor and still bring in about the same number of viewers, thus making the program better from an accounting standpoint.

While “Evening” remains solidly in third place, it has shown some positive signs — such as posting viewer growth over ABC and NBC as well as appearing to be delivering better numbers than even before the pandemic surge in news ratings.

It’s possible that O’Donnell was re-signed simply because CBS simply didn’t have a succession plan in place for her so she was seen as at least a known factor rather than a gamble. The network may also have been convinced that given the substantial investment in her and moving the broadcast studio to Washington, D.C., it might be too early to give up on her, especially given there is no clear option for replacement who could take over.

The upcoming 2022 midterm elections may have also been a factor in the decision to stick with O’Donnell rather than risk bringing in a new face ahead of this key time in both politics and news ratings and revenue.

Extending O’Donnell’s contract also gives the network options — it could either give her ratings a chance to improve to where she is a viable competitor or take time to identify or foster a possible replacement for her.

If a better option does come up in the meantime, CBS could likely still take her off “Evening News” and the network entirely, though likely at a high cost that could include paying up to the full value left on her contract.

Network anchor transitions have been bumpy across all “big three” broadcasts lately, with the best transition being when Williams took over for Tom Brokaw in 2004. NBC had been grooming Williams for the role for years and made sure he was familiar to viewers by having him fill in regularly for Brokaw and appearing on other NBC properties.

When “ABC World News Tonight” anchor Peter Jennings died in 2015, the network was left with no clear successor and opted for a short lived dual anchor format of Elizabeth Vargas and Bob Woodward, though that was upset when Woodward was injured while on assignment and Vargas became pregnant and resigned, reportedly on her doctor’s advice.

ABC moved Charles Gibson into the role and anchored for three years until retiring in 2009, when Diane Sawyer took over. Both Gibson and Sawyer had been at “Good Morning America” previously and the network was hesitant to take them off the show when ratings were growing.

There was also reportedly some infighting over who should get the role. When Sawyer retired in 2014, David Muir was named anchor, with “GMA” anchor George Stephanopoulos seemingly passed over for the job. ABC attempted to rectify this by naming Stephanopoulos “chief anchor” and giving him the responsibility of anchoring most special reports.

That arrangement ended in 2021 when Muir was given responsibilities for most special reports, though Stephanopoulos can still anchor ones that take place in the mornings or if Muir is unavailable.

Stephanopoulos reportedly threatened to leave the network over the issue but ABC reportedly gave him a raise and production deal to keep him at “GMA.”

Meanwhile, O’Donnell is the latest in a long string of anchors CBS has tried.

Her replacement, Scott Pelley, anchored from 2011 to 2017 but was replaced by Jeff Glor, who lasted two years before CBS announced plans to replace him with O’Donnell.