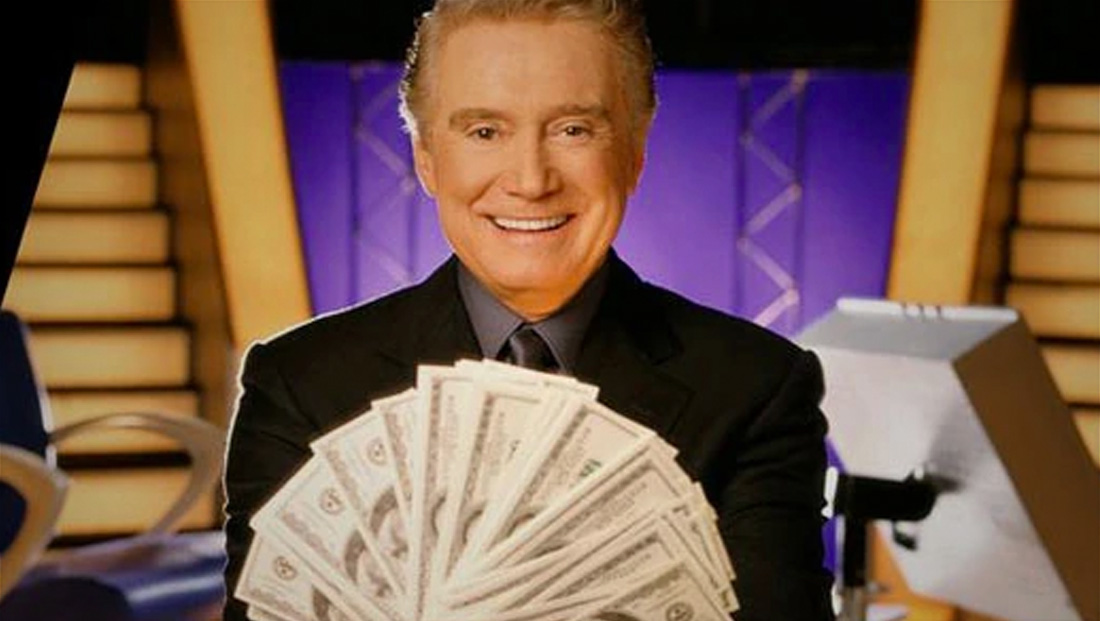 According to multiple reports, he died of natural causes. Sources did not mention coronavirus as being a factor.

He later made an appearance as a substitute host on a local TV show and was an announcer for “Tonight” as well as hosting a talk show for a San Diego station where, because he had no writers, began the show with the “host chat” format.

REGIS. There will never be another.

After numerous stints on TV, he eventually started hosting “The Morning Show” on WABC in 1982.

In 1988, the show became “Live! with Regis and Kathie Lee” alongside Kathie Lee Johnson (later know as Kathie Lee Gifford after her marriage to footballer Frank Gifford) and entered national syndication, with ABC owned stations across the country eventually picking it up.

In 2004, Philbin broke the Guiness World Record for most hours on camera — surpassing Hugh Downs with over 15,188 hours.

Philbin would remain with the show after Gifford left in 2000, when it was known as “Live! with Regis” and then through the start of Kelly Ripa’s tenure when the show switched names again to “Live! with Regis and Kelly.”

In addition to “Live!,” Philbin also began hosting “Who Wants to Be a Millionaire” in 1999 for ABC and did so until the primetime version was canceled.

All of this work helped boost his Guiness record to 16,343 hours on camera in 2009 — a number that would continue to grow.

Philbin is survived by three of his four children — two of which he had with second wife Joy, who is also still alive and made appearances alongside him as a fill in host during his time with “Live!”

In addition to numerous other big names sending condolences, both Gifford and Ripa posted tributes to Philbin on their social media.