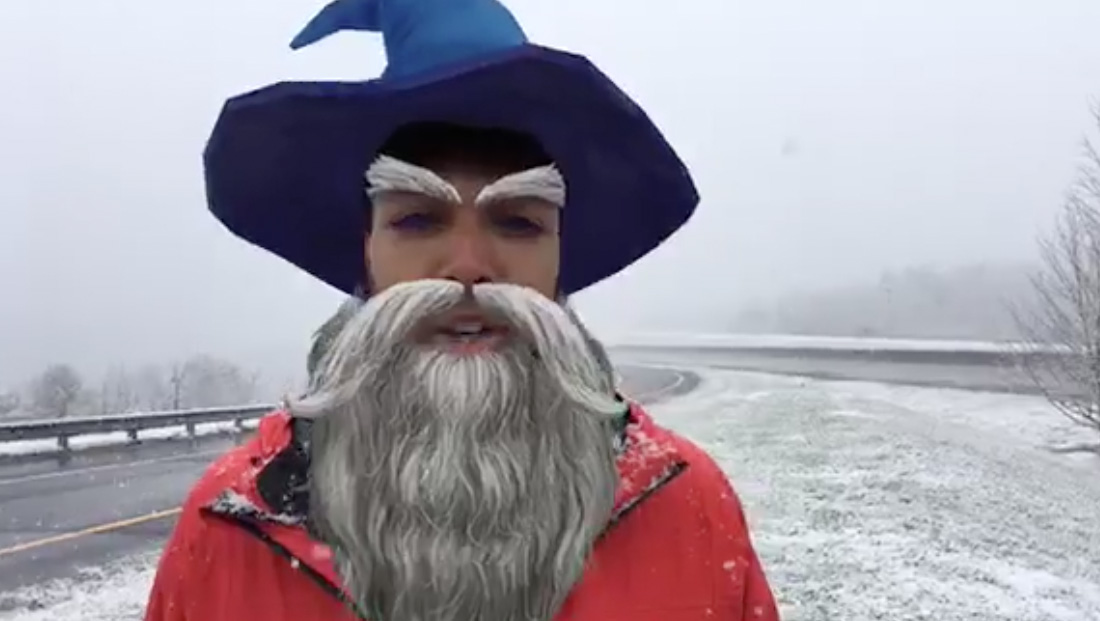 Justin Hinton, a reporter for WLOS in North Carolina, fell victim to those pesky (but fun) Facebook “face filters” that transform faces by adding virtual outfits, props and even hair and fur to the user’s image.

Shortly after Hinton started a live winter weather report for the station’s Facebook page, a gold headband, medal and confetti appeared superimposed on the video.

That was followed by some virtual dumbbells, a darkened image with an upward pointing flashlight (presumably meant for ghost stories), a bearded wizard, a purple mustache, animal ears, a space age helmet and cartoon eyes, among other effects.

Hinton later said he didn’t realize the filters were active, though he did say in a Facebook post that the videographer with him mentioned something about “weird faces” before going live.