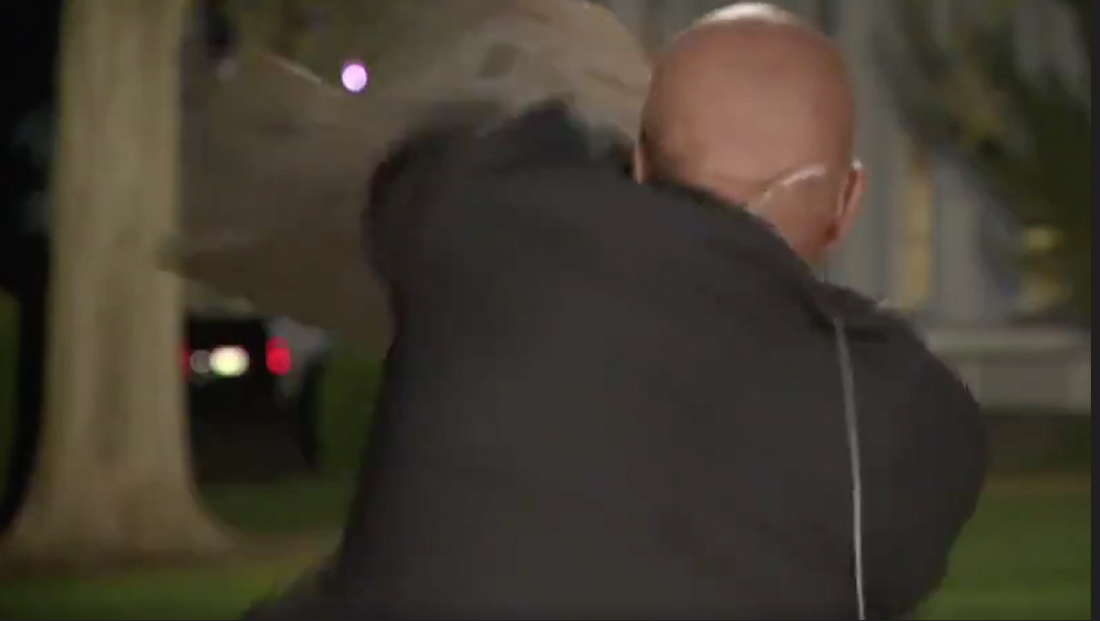 CNN’s Joe Johns fended off a wild raccoon on the White House grounds while prepping for a live shot on “New Day,” according to a clip the show’s co-anchor, Alisyn Camerota, posted on Twitter.

They can smell the rats

In the clip, Johns notices the raccoon and even appears to throw something at it as well as make a series of “scary” noises as well as yelling “get!”

He then returns to his mark and reads part of his report, though it does not appear he was on camera at the time since he was looking down at his notes (this could have been either because only his voice was being used either as producers originally intended or because the control room opted to keep him video feed of air due his obvious critter problem). It’s also possible he was rehearsing his script or doing an audio check.

Johns was reporting from one of the semi-permanent press “booths” set up on the north lawn of the White House.